Former Newcastle United star and current Sky Sports pundit Steve Howey has said it is “hugely important” that the Magpies get Rafael Benitez tied down on a new contract and that the manager seems to be looking for any reason to stay at the club. 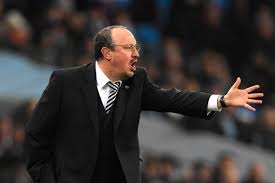 The Spaniard’s current deal runs out at the end of the season after just over three years on Tyneside, leaving his future at the club up in the air.

Insisting it was crucial to get a new contract signed, Howey said that it seems as though Benitez is seeking an excuse to commit and that fans would be praying that to be the case.

“Look at the results he’s had recently – West Ham was a bit of a blip – five wins at home on the bounce. He is the major part, he is the main person at Newcastle United. It’s hugely important that we get him on a contract.

“I don’t think he wants to speak about a contract until Newcastle are mathematically safe so once that’s the case, let’s see what happens.”