How Much Does Rafa Know?

How much does Rafa know about the n(supposed) take-over?

Has he been provided with an update on the takeover situation, given the developments this week, or is he just a piece of dog shit on Ashley's shoe?

News emerged on Wednesday that Newcastle owner Mike Ashley and prospective buyers PCP Capital Partners Ltd have moved closer to reaching an agreement for the sale of the club. 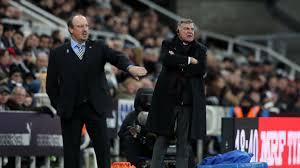 But Benitez has told us often that Ashley does all his talking through other sources and "rarely" informs him of anything.

It is a massive step for the club, but Rafa is no more than a pawn in a complicated game of chess.

Rafa was initially asked (by the press) whether he was provided with an update after the Everton loss, but he had been preparing his side for a match on that day and avoided the question.

Has the Spaniard since been briefed on the situation? And, if so, does it sound like positive steps have been taken?