Great Keeper In A Tin-Pot League

The Tims beat St Johnstone 3-0 to go 21 points clear at the top of the Scottish Premiership, a league that was won last August before a ball was kicked.

This was Forster 12th league shut-out in a row, but (let's be honest) does anyone give "jack shit"? Three of those games Forster went home at half-time and Celtic made do with a blow up Mr Blobby in goal.

That equals Bobby Clark’s 43-year record, which he set while playing for Aberdeen, while Forster is just 31 minutes away from breaking Clark’s record of 1,155 minutes without conceding in the league.

The Celtic squad are paid on average £30,000 per week - St Johnstone's "stars" are given a Mars Bar and a can of Iron Bru for each game - with an added Haggis leg for a win bonus. 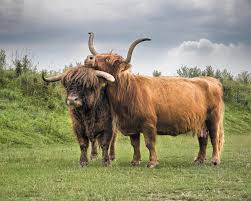 Forster joined Celtic from Newcastle in 2012, although he has dreams of a return to St James' Park.

“He’s one of the best Celtic have ever had.”