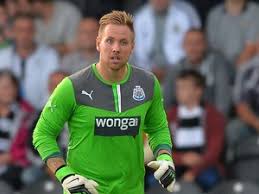 It provides the Newcastle player with a chance to impress boss Martin O'Neill ahead of the Euro 2016 finals.

O'Neill indicated that both Darren Randolph and Elliot would feature in the two March friendlies.

That should mean Elliot wins his fourth cap against the Slovakians and gets the opportunity to prove he can carry his club form onto the international stage and compete for the number one spot in France.