Arsenal will be without injured duo Theo Walcott and Aaron Ramsey for Saturday's Premier League visit of Newcastle.

Ramsey injured his hamstring in last weekend's 1-1 draw at Southampton while Walcott (groin) is also sidelined, although the Gunners could welcome back Shkodran Mustafi as the defender is back in training following a thigh complaint.

Arsene Wenger is likely to bring Sead Kolasinac and Alexandre Lacazette back into his starting line-up after they were rested at West Ham, but Santi Cazorla (ankle) remains absent. 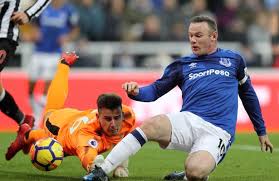 Newcastle have lost their last five Premier League visits to Arsenal – however, their last victory there came in November 2010 when they were newly promoted.

Olivier Giroud (like Wayne Rooney last week) has scored more Premier League goals against Newcastle than any other club (8) and has had a hand in six goals in four Premier League games against them at the Emirates (five goals, one assist).

Since the start of last season, Olivier Giroud has scored six goals in 12 Premier League appearances (966 mins) when starting and averaged a goal every 161 minutes. As a substitute, he’s scored 10 goals in 571 minutes - one every 57 minutes on average.