Get On This Player's Back! 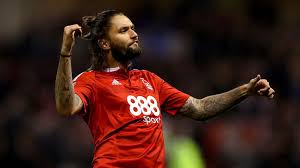 Lansbury, 26, is likely to be a target for Newcastle’s boo boys, after his theatrics saw Paul Dummett and Jonjo Shelvey receive their marching orders in the Toon’s 2-1 loss to Nottingham Forest earlier this season.

The former Forest captain, who is now with Bruce’s Midlands outfit after completing a January move to Villa Park, is expected to start for Villa on Tyneside.

Bruce told the Daily Star that Lansbury must keep his wits about him, as the former Arsenal youth player remains just one yellow card away from a two-match ban.

“I was there that night at Forest. I’d forgotten all about it. If he runs the gauntlet he has to handle that.

“He gets a bit excitable when things aren’t going his way. That is probably why he is on nine bookings because he can’t tackle a fish supper.”

Lansbury moved to Villa in January along with seven other players including in-form Championship stars Scott Hogan, Conor Hourihane and James Bree.

Making five appearances, the midfielder is yet to taste victory in claret and blue with four losses coming in that time against Brentford, Nottingham Forest, Ipswich and Barnsley.

Villa’s number five is now expected to start in the middle of the park once again for Bruce’s side, as they look to defy the odds against Rafa Benitez’s Toon.

Three points in the north east would see Villa end a dismal run of nine games without a win, and would see them climb to 15th in the Championship table.