Getting Dwight Gayle firing again is a difficult problem. 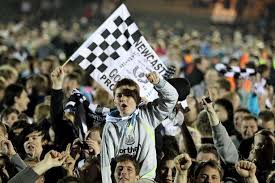 Gayle’s lacklustre start to the Premier League season is a worry but a clear-the-air summit on Tuesday hopefully signals a fresh start.

Gayle will have to work his way back up the pecking order with Joselu now Newcastle’s number one striker - but he will get opportunities again.

Part of the problem is a hamstring issue which Benitez feels is partly mental. Gayle doesn’t want to play unless he feels comfortable but it has been playing on his mind and his performances show it.

The number nine can make an impact in the top flight, but he’ll need to back up his promises in Tuesday’s meeting that he wants to be at Newcastle and believes he can be a success.