The 51-year-old won just three of 20 games in charge of his hometown club Newcastle last season and was not kept on in the summer, ending a long association with the St James' Park outfit.

He is ready to return to management, though, and says he has put in to replace Remi Garde at Villa Park.

"I have (applied) yes, via my agent," Carver told BBC Radio 5 Live. "I haven't heard anything yet, though.

"I think whatever they do, they have to do it reasonably quickly to get a steal on everybody else."

Villa and Garde parted company in midweek, with the Frenchman unable to arrest a slide towards the Championship.

The likes of Steve Bruce, Garry Monk and Nigel Pearson have all been linked with the job. 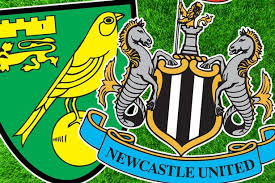 The ground is well signposted from the A11 and A47. From the southern bypass (A47) take the A146 into the city. At the traffic lights turn right towards the city centre on the A1054. At the next roundabout stay in the left hand lane and continue towards the city centre along the A147. At the next set of traffic lights, turn right into King Street. This street as it bends around to the right and crosses the river becomes Carrow Road, the ground is further down on the right.

David Clarke informs me that 'The best car park for away fans is Norfolk County Hall, which is well sign posted on the left of the A146, as you follow signs towards the ground from the Southern Bypass. It is currently £6 and can hold about 2000 cars, and does usually fill up by 2pm for games where the away team bring loads of fans'. Martyn Swan adds; 'It's advisable to get to the car park before 1pm if you want a decent spot, otherwise you may get stuck in spaces at the back, and it can then take ages at the end of the game to exit'.

The ground is walkable from Norwich train station. If you ignore all those wonderful pubs it should take you no more than 10 minutes to walk to the ground. From the station turn left and head for the Morrisons supermarket and you should see the ground behind that.

Away fans are housed on one side of the new South Stand, on one side of the ground. As you would expect from a new stand the facilities and view of the playing action are good. The normal allocation in this area is 2,500 fans although this can be increased further for cup games. If you are located at the very back of this stand then you can enjoy some fine views across the city, including Norwich Cathedral. The Club I found to be particularly friendly and relaxed. I certainly would rate it as one of the better away days, even though it seems an eternity to get there. As Delia Smith is on the board of Norwich City, the food available within the ground has been spruced up a fair bit and is very good. The Club even bake their own pies which not only include the usual array such as steak & kidney, chicken & mushroom, but also a number of 'matchday specials' (which change from game to game) such as beef in red wine gravy & cheese, mushroom and garlic (all £3 each).