From Supermac To Cabaye - 'I Want To Win Medals!'

After Mike Ashley said (through Joe Kinnear) that the ambition for the club this season was "to finish 10th" ... the majority of fans threw in the towel. 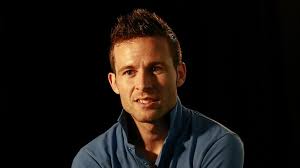 Pardew is shit scared of a European campaign; plays half a reserve side in cup ties; but we can always hope and pray we .... errr ... finish TENTH!

Yohan Cabaye has set his sights on silverware after signing for Paris St Germain, and it's been the same old story since Terry Mac and Barney Kennedy left the 1974 FA Cup final to sign for Liverpool.

Players do NOT believe they can win silverware at this club. And hardly surprising because, unless you are in your 60's, you won't have seen Newcastle win a domestic trophy. 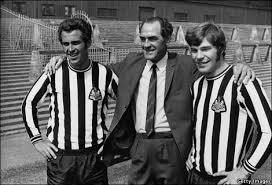 The France midfielder has penned a three-and-a-half-year contract at the Parc des Princes, returning to his homeland.

Yohan Cabaye: "I am very, very happy to return to France.

"The offer from Paris St Germain was hard to refuse, I want to win titles and PSG offer me that so it is an ideal club. I did not hesitate.

"I am proud to have a chance to be a part of this ambitious project, to have the opportunity to win titles and play in the Champions League.

"The priority for me was the opportunity to win titles, quite simply. That was the biggest thing."

PSG - who last season were crowned French champions for the first time since 1994 - are on course to retain their title as they boast a three-point lead over second-placed Monaco, with Lille 10 points back in third.

They are also through to last 16 of the Champions League, where they will face Bayer Leverkusen, and in the Coupe de la Ligue semi-finals.

Club president Nasser Al Khelaifi: "I am very happy to give a player with Yohan's talent the chance to return to France."

Come and join us at Framwellgate Moor WMC, near Durham

'Mysified' Trio and support act, plus disco and top prizes in raffle.

Striker Loic Remy and Norwich midfielder Bradley Johnson were each shown a red card by referee Chris Foy after pushing and then squaring up head-to-head on the touchline.

It was a frustrating end to the night for the visitors, who travelled to Norfolk without key midfielder Yohan Cabaye, set for a £20million switch to Paris St Germain, but should have left with all three points after dominating the first half and hitting the woodwork three times.

Newcastle ought to have taken command of the match after dominating the opening half hour.

Remy's close-range effort was saved by John Ruddy before Norwich midfielder Johnson kicked a cross onto the post.

France forward Remy then hit the outside of the other upright with a curling 20-yard effort before Hatem Ben Arfa drilled a lovely cross from Sammy Ameobi over the bar.

Newcastle keeper Tim Krul saved a low 20-yard effort from Gary Hooper, before tempers flared as Scotland winger Robert Snodgrass was involved in a heated exchange with home supporters in the City Stand, who then booed their team off at the interval.

Remy was denied by the woodwork again on 59 minutes, when his free-kick crashed against the crossbar.

On 77 minutes, Norwich almost snatched the lead when Hooper's goalbound shot was pushed up onto the crossbar by Krul.

Both sides were reduced to 10 men when Remy and Johnson exchanged pushes before squaring up head-to-head, leaving referee Foy little option but to brandish both a red card.

Snodgrass almost won it at the death when his far-post header was somehow clawed away by Krul.

It was a bright start by Newcastle in terrible conditions as the rain lashed down at Carrow Road.

Remy was fouled by Snodgrass on the left side of the penalty area, but Davide Santon's free-kick was straight into the wall.

Norwich finally came to life when a clever turn from Hooper saw the ball fed back to Leroy Fer and the Dutchman's 20-yard drive was deflected behind.

Newcastle, though, almost swept ahead on 18 minutes.

Full-back Martin Olsson gave the ball away in midfield and Moussa Sissoko darted away down the right channel before cutting a ball back across the six-yard box.

Remy arrived on queue, but his snapshot was saved a point-blank range by England goalkeeper Ruddy.

The Norwich goal continued to lead a charmed life as a left-wing cross from Remy was knocked against the base of the post by Canaries midfielder Johnson.

A couple of minutes later and Remy broke down the left flank before curling a lovely strike goalwards, which struck the outside of the other upright.

Ruddy then had to be alert to beat away a 20-yard effort from Ben Arfa which deflected off Sebastien Bassong.

There was a brief respite for the hosts when Remy needed treatment following a knock to the head from centre-back Ryan Bennett.

Newcastle cut Norwich apart down the left again just before half-time, but Ben Arfa sent a lovely cross from Sammy Ameobi over the bar.

Finally Krul had something to do as he got down to save a low 20-yard effort from Hooper, which was touched behind before Anthony Pilkington could get to the rebound.

Frustrations boiled over as Scotland winger Snodgrass was involved in a heated exchange with home supporters in the City Stand after another poor corner before Hughton's men were booed off at half-time.

However, Newcastle were soon back on the offensive and thought they should have been given a penalty when Ben Arfa went down under a sliding challenge from Bennett, but referee Foy awarded a goalkick.

The woodwork saved Norwich again on the hour.

Ricky van Wolfswinkel fouled Ben Arfa on the edge of the penalty area, and Remy whipped the free-kick up over the wall, only to see his effort crash against the crossbar.

With 20 minutes left, Hughton made a double change as club-record signing van Wolfswinkel was replaced by Johan Elmander and England under-21 winger Nathan Redmond came on for Pilkington.

Ben Arfa then hobbled off with what looked like an ankle injury, as Shola Ameobi came on.

Norwich then almost snatched the lead when Redmond's cross from the left was turned goalwards by Hooper, but Krul was equal to it and pushed the ball up onto the crossbar.

The match turned ugly on 82 minutes when Remy and Johnson exchanged pushes before squaring up head-to-head on the nearside touchline.

A melee ensued, before when order was restored the referee correctly showed both men a red card.

Snodgrass could have finished the hero in the final minute when he headed a deep left-wing ball from Redmond down towards the corner, but somehow Krul made a crucial save.