Former Newcastle United striker Papiss Cisse has been injured in a fatal minibus crash in Turkey.

They were returning from an away game against Kayserispor yesterday.

Sural and six of his team-mates, among them Cisse and former Tottenham Hotspur and Cardiff City defender Steven Caulker, were taken to hospital, according to reports.

Cisse. 33, left Newcastle three years ago after four years at the club. 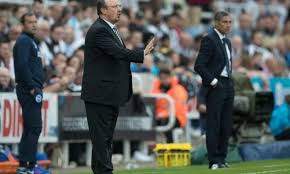 Rafael Benitez's Newcastle future is the only topic of conversation on Tyneside as the Premier League season draws to a close.

The Spaniard's existing deal expires on June 30th and fans are desperately hoping he will extend his stay after three largely successful years at St James' Park.

Let's take a look at the issues surrounding the saga.

Does Benitez want to stay?

Yes, it certainly seems he does. Despite having to battle the hierarchy at every turn, the 59-year-old has enjoyed his time on Tyneside.

He claims he is desperate for a chance to implement a long-term strategy and re-establish the club in the Premier League's top 10 and fight for domestic cup success.

In addition, he wants to work in England and is keen to stay in the north, where his family is based. They live in Liverpool.

Does Mike Ashley want to keep him?

There is little doubt there is a recognition that the manager has done a good job since agreeing to stay in the wake of relegation.

He guided the club back into the top flight and having dragged it to a 10th-place finish last season, secured its Premier League status once again with Saturday's 3-1 win over Southampton.

The Magpies' latest financial figures graphically illustrated the cost of relegation, and Benitez's success in retaining the millions on offer to English football's top 20 clubs on relatively modest resources is music to owner Mike Ashley's ears.

But, although Rafa is a hero to the Toon fans and can do no wrong, Ashley cannot resist a dig at the fans, for whatever reason. It is safe to say - the fans HATE Ashley - and he HATES them back! It's bizarre to say the least. But everything Ashley does is bizarre.

What does Ashley need to do to convince Benitez?

There's the rub. Benitez has grown tired of managing on a shoestring and believes he has done enough to suggest that, given greater financial backing in terms of both transfer fees and wages, Newcastle could target significantly more than mere survival.

He is convinced the potential he saw when he first took over the reins remains largely untapped, and that the club should be targeting the places immediately behind the top six in the short to medium-term.

Ashley, through managing director Lee Charnley, allowed him to spend what could amount to £21million on Miguel Almiron in January - the first time the club's transfer record had been broken during the sportswear magnate's tenure - providing a measure of encouragement.

A confirmed budget and the autonomy to spend it on the players he wants would be a further step in the right direction.

However Ashley, who is still keen to sell the business, remains averse to investing in older players with little or no sell-on value. And the wage cap shows that big name players will always pick London, Manchester and Liverpool ahead of the North-East.

Another problem, Charnley has indicated that investment in the academy and training ground, something Benitez has advocated for some time, is not currently a priority.

What do the supporters think?

Benitez enjoys overwhelming support from the Toon Army, who at various points over the last 12 years have been in open revolt at Ashley's ownership.

The Spaniard's retention might just extend an uneasy truce, while the alternative would provoke a major backlash. It is not that Benitez can do no wrong - he received criticism during a difficult first half of the season and his conservative approach against the Premier League's superpowers has also been questioned.

However, he has instilled hope of a brighter future and captured the imagination in a way only predecessors Kevin Keegan and Sir Bobby Robson have done in the recent past.

Is there a Plan B?

Not for the supporters because Rafa leaving would be unthinkable. The lack of an agreement between Ashley and Rafa has seen the likes of Lyon manager Bruno Genesio, AC Milan's Gennaro Gattuso and former United States coach Jurgen Klinsmann linked with the club.

That must be seen as Plan B, no matter how much the fans are against it. However, Ashley and Charnley remain focused on striking a deal with the present incumbent and are not currently searching for a possible replacement.

Is time an issue?

The clock is running down with Benitez's contract due to expire on June 30. The manager has had to make preparations for pre-season, with the club due to take part in the Premier League Asia Trophy in China in July, but will not want to waste precious time in the truncated summer transfer window should he opt to stay. 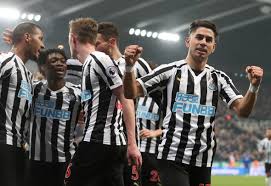