Sean Dyche has been backed in to 11/8 favourite to be next Everton boss in the wake of Ronald Koeman's sacking. 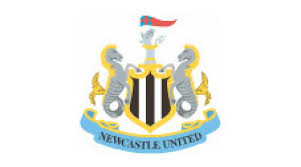 Dyche was 4/1 immediately after the news of Koeman's departure broke, but has been consistently backed since and replaces caretaker boss David Unsworth (7/1) at the head of the betting. David Moyes is 9/1 for a sensational return to Goodison.

The Toffees sit third bottom in the Premier League after winning just two of their opening nine league games and Koeman has paid the price.

A statement from the club read: "Chairman Bill Kenwright, the board of directors and major shareholder Farhad Moshiri would all like to express their gratitude to Ronald for the service he has given to the club over the past 16 months and for guiding the club to seventh place in last season's Premier League campaign."

West Ham's Slaven Bilic is the new odds-on favourite to be the next Premier League manager to leave his current job, with the Everton link sending Dyche's price tumbling to 11/4.

Koeman reported for training at Everton's Finch Farm facility on Monday morning, with preparations for the Carabao Cup game at Chelsea seemingly under way.

But Kenwright and chief executive Robert Elstone were later reported arriving on site unexpectedly and Koeman's dismissal was confirmed soon after.

Speaking after his final outing in the dugout, Koeman confronted speculation over his position head-on.

''I still believe I can change the whole situation but everybody knows how it works in football. That is all I answer about this situation," he said.

''If you start to think negatively then maybe there is no solution. I am not like that. All the rumours in the newspapers are normal.

"All these kinds of decisions are not in my hands.''