Thousands of people lined the streets of Preston to see the funeral cortege as it travelled from Deepdale stadium to Preston Minster.

The minster itself was packed with many figures from football and the city to pay tribute to the former England winger, who died aged 91 two weeks ago.

Sir Trevor Brooking, the former England international who represented the Football Association at the funeral service, said: "He was one of the most genuine invidividuals you would ever be likely to meet. Everyone admired and respected him.

"To come to this event today, over 50 years since he played, and see all these people both here in the minster and on the streets, I can't think of many who would get the same reaction.

"As a player, he was the match-winner, the crowd-pleaser, the one who could make the difference - I was a youngster in primary school when he was playing, I would watch him on a black and white telly and then go out into the garden with my brother to try to emulate him."

Football League chief executive Shaun Harvey was also among those at the service, and he said: "The great and the good of football have come out to say farewell to Sir Tom Finney - a man who was a genuine legend of our game.

"You only have to mention Preston and Preston North End... the conversation soon turns to Tom Finney and that sums up everything the man did for the club, the city and the game of football."

The funeral cortege travelled from Preston's Deepdale home - Finney was born on a street next to the stadium in 1922 - with a mounted police escort from the Lancashire Constabulary to the minster.

The Preston and District Veterans' Association also joined the cortege to mark his service as a tank driver in the Royal Armoured Corps during the Second World War.

The funeral service was shown live on a big screen inside Preston's ground to a crowd of several thousand people.

Preston City Council had planned for tens of thousands to line the streets, with a number of schools giving children time off to attend the event.

Finney was nicknamed the 'Preston Plumber' - his father insisted he train as plumber and he continued working in the family business throughout his career: useful extra income in the days of the maximum wage for players.

He was regarded as one of the true greats of English football - and his record of caps and goals came despite having lost six years to the war.

He said: "Tom Finney was one of my boyhood heroes, and played in a day where footballers were earning a fraction of the money they earn today, and became a fantastic ambassador for Preston - the city and the club.

"It has been fantastic to see so many people turn out to show their affection to one of the game's true greats."

Preston chairman Peter Ridsdale said Finney had "touched the hearts" of the community.

He said: "What I think is wonderful is that so many people - not only from the game but also from the city - have turned out to say farewell.

"This is a player that truly touched the hearts not just of football, but the whole community.

"The whole of Preston has almost come to a standstill in the two weeks since his death, and that is testament to what a great man he was."

Former Everton manager Howard Kendall, who began his playing career at Preston, was also among the 600 invited mourners for the service.

The fans clapped in honour of Tom Finney at St James' Park on Sunday ... but did those fans know Preston's "one club man" played six times for Newcastle?

He was stationed at Catterick Barracks in the late part of 1942 during WWII, and he played in the famous black and white shirt between September and November.

Even though the Magpies put seven past Leeds, he was not one of the scorers.

However, in his last game he scored a hat-trick against Gateshead,

Soon after Finney signed for Preston the Second World War began and normal football was suspended, though Finney started to achieve some recognition during war-time tournaments.

In December 1942, after playing for Newcastle, he made a guest appearance for Southampton in a 3–1 defeat by Arsenal at The Dell

Called up to serve in the Royal Armoured Corps in 1942, Finney fought in Montgomery's Eighth Army in Egypt and later in Italy in the final offensive to capture Argenta in April 1945 as a Stuart tank driver in 9th Lancers.

Local leave in North Africa allowed him to play in army teams against local opposition, and on one occasion he played against the future actor Omar Sharif.

Come and join us (NU-Mad) at Framwellgate Moor WMC, near Durham 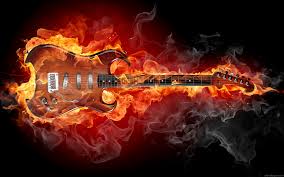 'Mysified'  and support act, plus disco and top prizes in raffle. 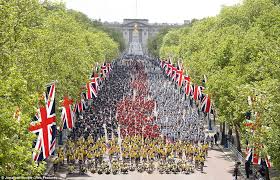 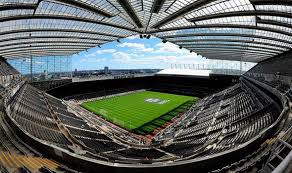