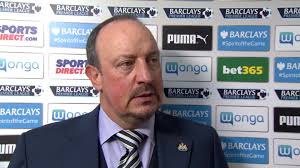 According to reports, Crystal Palace are interested in signing Chancel Mbemba from Newcastle United.

The Premier League side are reportedly seeking a loan deal for the DR Congo international defender, who is currently away on AFCON duty.

As reported by the Daily Star:

And the Magpies are using Sam Allardyce’s interest as another chance to bring Andros Townsend back to St James Park.

Mbemba is currently off on Africa Cup of Nations duty with DR Congo, who have made it to the quarter-finals of the tournament.

And since he’s struggled to hold down a starting berth for Newcastle this season, Palace are considering making an offer for the centre-back to solve their defensive woes.”