FA Cup Takes A Back Seat (As Usual)

Newcastle defender Ciaran Clark has described their next Premier League game against fellow strugglers Cardiff as “massive.” Suggesting the FA Cup tie at Blackburn on Wednesday will be a team of reserves. 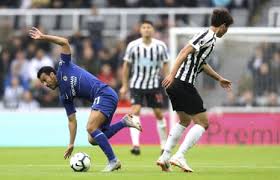 Clark scored an equaliser at Stamford Bridge on Sunday after Pedro had given Chelsea the lead, only for Willian to score a stunning winner for the home side in the 57th minute.

But it is Saturday's league match with Cardiff - who sit just one point and one place above them in the table, albeit with a game in hand - that Clark believes is a crucial fixture to win as they battle for their Premier League survival.

"We've got the FA Cup replay first, but we know - and everyone knows that the game against Cardiff is massive," Clark told Newcastle's official website.

Rafael Benitez is confident Newcastle can avoid relegation despite dropping into the bottom three following a 2-1 defeat at Chelsea.

"We've played the top sides and the pressure is almost more than them that it is on us because they're expected to beat us, and if we can get anything out of those games then it's great.

"But next week, when we're playing against a team who are in and around us, they're the ones where we definitely need to be picking the points up.

"We have to maintain that work rate and belief and stick together."