Everton And Stoke To Name Managers

Talks had been ongoing between the pair over the last week since relegation from the Barclays Premier League followed their historic FA Cup win.

Martinez has been linked with the vacant job at Goodison Park ever since David Moyes was announced as Sir Alex Ferguson's successor at Manchester United and the Toffees made their move on Friday.

That appears to have persuaded the Wigan manager the time was right to end his four-year association with the club and although Whelan will not stand in the way of the 39-year-old, he will demand compensation.

Martinez remains in his post for the time being but Whelan told Press Association Sport: "Roberto wants to move on and I have got to accept it.

"Everton rang me and I said they have permission to talk to him. I would never stop Roberto talking to football clubs.

"We will let him go but he's on a 12-month rolling contract so if he moves someone will have to buy him out of his final year.

Whelan said the club's relegation had been the main factor in Martinez's decision to seek a new challenge.

"He does not feel he is up to the task of getting us back into the Premier League," added the Wigan chairman.

"Football is football and I understand where he is coming from.

"Everton are a nice club and have a great chairman in Bill (Kenwright) and he is an honest man." 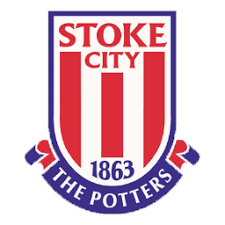 Mark Hughes could reportedly be confirmed as the new manager of Stoke before the end of the week.

Stoke have also been linked with Roberto Martinez, who is to leave Wigan, but discussions with 49-year-old Hughes are believed to have taken place.

Hughes has been out of work since he was sacked by QPR last November.

Chairman Peter Coates said the club were intending to move in a different direction.

Pulis guided the club into the Premier League in 2008 and they have stayed there since, also reaching the FA Cup final in 2011 and subsequently playing in the Europa League.

For Hughes, Stoke may present a challenge similar to that he took on at Blackburn, whom he led to three successive top-10 Premier League finishes and two FA Cup semi-finals before leaving in 2008.

He may also welcome the stability that life at the Britannia Stadium would seem to offer after the uncertainties of Loftus Road.

Hughes might also be able to work better with the Potters' current squad of players than Martinez, although the suggestion is the club want to tone down the robust style of old.

Pulis certainly started to come under fire from fans in the latter months of his reign over a perceived lack of development.