Enrique has declared himself available for Liverpool's opening Barclays Premier League match against Southampton a week on Sunday.

The Spanish left-back made just nine appearances last season before undergoing knee surgery in November that brought his campaign to a premature end.

He resumed training in July and played in the Reds' pre-season tour in the US.

"I was training on my own and running a lot, and it's not the same when you play with a team because it's a lot more with the ball and a different type of running.

"I'm still getting my fitness back but I feel really good and confident that I can play soon.

"It's little by little, and not just me, everyone is getting their fitness. If the manager wants me to play in the first game of the season, I am ready of course.

"Liverpool has been for a while without Champions League. 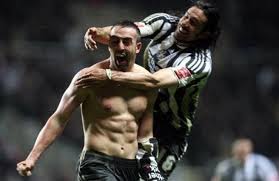 "We'll try to go as far as we can but of course not forget about the league and the two cups. We have a big squad and we want to compete for everything.

"Hopefully, like the manager says, we can win a trophy. We won one before with Kenny (Dalglish). I know it wasn't a Champions League or a league title but it was really exciting and for the fans it's really good to win trophies."