Hodgson expects Daniel Sturridge to be fit to start up front.

Liverpool striker Sturridge is to begin the match alongside Wayne Rooney, one of two survivors from Friday's loss to Chile along with Southampton's Adam Lallana, who is in line for his second appearance.

"Last week he couldn't take much part in training. He was having treatment from the injury he brought with him, but that is improving all the time.

"The only reason he came off after two of the (training) sectors, if you like, of the game we were playing this morning, was to give Rickie Lambert a chance also to play at centre-forward.

"There's a good chance I want to see him on Tuesday night as well as Daniel Sturridge."

Hodgson had already confirmed Joe Hart would return in goal despite being recently dropped by Manchester City for a series of high-profile errors this season.

The England boss has every confidence in his first-choice stopper, who displaces Fraser Forster. 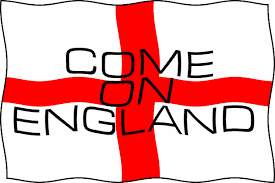 Hodgson added: "I'm sure he'll respond very well. It's not my business, his club football career.

"But he's a proud man, he's very pleased to be playing for England and he's done well for us.

"We've had no cause to doubt him during these very, very important qualifying games we've had, and also in the Euros.

"In 14 very, very important games, we're unbeaten and we've only let in seven or eight goals in those 14 so I think he's entitled to feel confident to pull on the England jersey.

"We're all behind him, we all think he's a very good goalkeeper and we expect him to play well on Tuesday night."

Gerrard will move level with World Cup-winning captain Bobby Moore in fourth in the appearance charts in a midfield which includes Lallana, Tom Cleverley and Andros Townsend.

Kyle Walker, Chris Smalling and Phil Jagielka will begin in defence alongside Ashley Cole, whose position at Chelsea and with England is under pressure.

Gerrard, Rooney and Cole are the three survivors from the side beaten 4-1 in Bloemfontein in the most recent meeting with Germany during the 2010 World Cup.

Asked about competition at left-back, with Leighton Baines applying pressure on long-time first-choice Cole, Hodgson insisted he is happy with the competition for places throughout the squad.

"It's not just at left-back, there are more and more positions where the competition for places is really hotting up," Hodgson said.

"That's how it should be and that's why we're in this fortunate position to choose almost two totally different teams, one to play against Chile last Friday and one to play against Germany now on Tuesday where we're not stressing the same players over and over again."

Hodgson hopes the competition will continue ahead of the World Cup finals next summer as he bids to improve England further.

He added: "The challenge is going to be to some extent making certain that we've got the right squad of players going to Brazil and there's some sort of balance in that squad, so players compliment each other.

"Handling the competition for places is another factor which we'll have to take into account, with three matches in a week in tough climatic conditions.

"The most important thing is that I'm very pleased with the team. We have a group of players who are constantly satisfying me in terms of their attitude, the way they approach their work and their business."