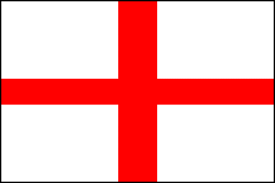 Concerning scenes again dominated much of the build-up as nearby Lille bore the brunt of pre-match trouble; just days after trouble marred the Three Lions' Group B opener against Russia.

The Stade Bollaert-Delelis witnessed no such problems, just an enthralling match as England overturned a half-time deficit for the first time at a major tournament, with substitutes Jamie Vardy and Sturridge securing victory for England after Gareth Bale's fine free-kick had given Wales a memorable lead.

It was a lively encounter played at a Premier League tempo and was as stretched, ragged and entertaining as you would expect, with England edging first-half proceedings but unable to net.

Raheem Sterling wasted the best chance and Ben Davies got away with a handball, allowing star turn Bale to capitalise on Joe Hart's poor positioning with an outstanding 35-yard free-kick.

Hodgson had to act and did so by bringing on Sturridge and Vardy for the second half, which was 11 minutes old when Vardy reacted quickly in the box to turn home with just his third touch of the game

England pushed hard for a winner but Wales were holding firm - resistance that was broken in stoppage-time as Sturridge struck home at the near post, sending Hodgson's men top of Group B.

The intense atmosphere at the Stade Bollaert-Delelis transferred onto the field as the sides began with aggressive intensity, with Harry Kane charging down a clearance in the opening seconds.

The striker, stripped of corner duties, proved an early nuisance and flicked the ball on for Adam Lallana, launching a seventh-minute attack that Sterling should have perhaps turned into the opening goal. Instead, he turned the Liverpool attacking midfielder's cross wide.

Hart easily collected a deflected James Chester effort and Bale was denied by Gary Cahill as Wales threatened, although it was Hodgson's men in the ascendancy for the most part as Rooney and Kane failed from distance.

Cahill stretched to meet a curled free-kick from the former with an unorthodox header, but Wayne Hennessey was not fooled and denied the centre-back.

Sterling, days from dubbing himself

'The Hated One', was met by groans of disapproval as the Three Lions faithful began frustrated - a feeling exacerbated by referee Felix Brych waving away penalty appeals after Davies handled.

Fans and players alike were perplexed by the non-award, especially given there was an extra official behind the goal, but they would have soon forgotten that had Chris Smalling's header been inches to the right.

Instead, it flew past Wales' goal and gave Coleman's men a chance they grabbed in style after Rooney was adjudged to have fouled Hal Robson-Kanu.

At 35 yards it looked to be out of even Bale's territory, but a wonderful hit coupled with Hart's awful positioning led to a memorable goal and the Wales fans erupting.

Boos and whistles from those in white greeted the half-time whistle and when the players returned there were new faces, with Sterling and Kane replaced by Vardy and Sturridge.

The positive changes led to a fairly bright start to the second period by Hodgson's men, with the latter trying his luck from long range before Hennessey tipped wide a curling Rooney effort.

Aaron Ramsey tested Hart but England were on top with the substitutes playing a key role in the equaliser.

Sturridge, surprisingly unselfishly, lifted the ball to the backpost and offside calls were rightly ignored as an Ashley Williams header put the in-form striker in and he pounced from close-range.

All of a sudden England had the momentum and launched attack after attack, with a threatening Eric Dier cross-shot followed by a Sturridge effort.

The Liverpool striker was guilty of another poor miss as Hodgson's men pushed for a winner, with Marcus Rashford brought on for his competitive debut, becoming England's youngest ever player at a European Championship, as they pinned Wales back.

Coleman's men were staying strong and mustered an attempt of their own through Jonathan Williams, with Cahill heading over as the match headed for a draw.

However, there was to be a late twist that will live long in the memory.

Sturridge started the move by playing the ball to Vardy, collecting the ball via Alli and chipping home at the near post.

Bale headed wide in stoppage-time but there was to be no comeback in Lens.