Do We Need This Competition?

Newcastle United are not alone in having players "unavailable" from January through to March because of the only international competition that is played during the course of a season. 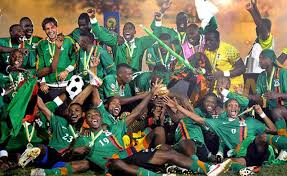 Player who are under contract to league clubs throughout the world, most on ridiculously high wages, CANNOT play during the course of the competition.

Where is the logic?

Now we have new fears over the Ebola outbreak.

Do we need it?

Morocco has been stripped of hosting the African Nations Cup and banned from the competition after it requested a postponement of the tournament due to fears over Ebola.

And who can blame them for their concern?

The Confederation of African Football's (CAF) executive committee took the decision at a meeting in Cairo on Tuesday and decided to keep the dates as planned for January and February next year.

CAF will now decide where to host the competition.

Possible replacements as hosts include Algeria, Angola, Egypt and Nigeria.