Would't you have thought the experience of bringing in crocked Steven Ireland on a disasterous six month loan spell would have taught Alan Pardew a lesson?

Rodwell has been crocked all season, he's played in TWO games and didn't last those out, returning to the treatment table.

Perhaps Pardew or Joe Kinnear hadn't done their homework, but City have been trying desperately to get him back to reasonable condition ... and the chances of loaning him to Newcastle at a period where the player is fighting for his career ... would have been NIL! 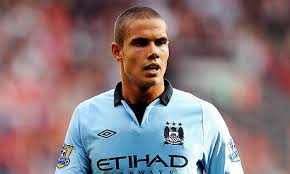 The offer from Newcastle was made just before the transfer deadline but City turned it down. No shock there then!

Rodwell has struggled for fitness since joining City from Everton for £15million, and he is no nearer being fit enough to force his way into City's star studded squad.