Did Rafa Substitute The Wrong Man?

Newcastle United's torrid Premier League form continued on Saturday afternoon as they were beaten 1-0 away at Arsenal. 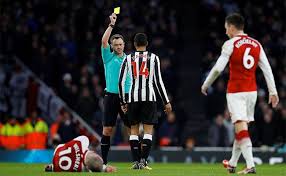 The Magpies lost 1-0 at home to Everton in midweek to make it seven defeats in their last eight games – and that run has now stretched to eight defeats in nine.

Mesut Ozil's stunning first half volley was enough to give Arsenal a 1-0 win, though Newcastle can count themselves somewhat unlucky to have left empty-handed.

With just one point from the last nine games, Newcastle sit in the relegation zone, one point adrift of safety as the misery continues.

Many fans are already looking towards the January transfer window, given that a takeover of the club could give Rafael Benitez a bumper transfer budget, but it was one of his summer signings who caught the eye of Magpies fans on Saturday.

Midfielder Mikel Merino, signed from Borussia Dortmund over the summer, had left some fans underwhelmed in recent weeks, but he returned with a top performance against Arsenal.

Fans took to Twitter to name him as Newcastle's man of the match, noting that he is something of a bargain given that Arsenal counterpart Granit Xhaka cost exponentially more just over a year ago.

However, many criticised manager Benitez for substituting him instead of Isaac Hayden, suggesting that the change surrendered momentum and ultimately left Newcastle defeated in North London.