Arsenal right-back Mathieu Debuchy has claims that leaving Newcastle was the easiest decision of his career.

The French international joined the Gunners from Newcastle last month for a fee of £10m. 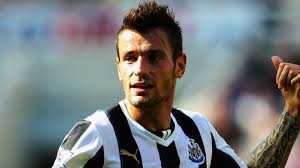 Debuchy: "When my agents told me Arsenal were interested, I said yes straight away!”

“There was no question, no debate, no doubt, nothing! You don’t turn down a club like Arsenal. A lot of players would like to be in my shoes right now.

“This is another dimension. If you compare the training grounds for example, nothing at Lille or Newcastle can match the Arsenal one. It is another world.

“Everything here is made to optimise your preparation and you as a player. So you can be in the best condition to play and win football games.

"It was the right time for me to make this big step forward and this big move.

“I have learnt a lot in the last two years from playing at Euro 2012 and the World Cup this summer, by discovering the Premier League as well."