Newcastle play their FA Cup third-round replay against Championship side Blackburn on Tuesday, 15 January (19:45 GMT), before returning to league action on Saturday when they host Cardiff City (15:00 GMT).

Use Motorway M6 to junction 30, to the M61 - leave junction 9 then onto the M65 towards Blackburn - leave the M65 at Junction 4 (A666) and follow signs towards Blackburn/darwen. Ewood Park is about one mile down the road on the right hand side.

Use Motorway M6 to junction 29, then onto the M65 towards Blackburn - leave the M65 at Junction 4 (A666) and follow signs towards Blackburn. Turn right at the first set of traffic lights and Ewood Park is about 1 mile down the road on the right hand side.

Use Motorway M62 onto M66/A56, then onto the M65, head towards Blackburn - leave the M65 at Junction 4 (A666) and follow signs towards Blackburn. Turn right at the first set of traffic lights and Ewood Park is about 1 mile down the road on the right hand side.

Various private car parks are available in the area around Ewood Park (especially along Branch Road), costing in the region of £5. If you want to get away reasonably quickly after the game (the roads immediately around Ewood Park are closed off for crowd safety for around 30 minutes after the game) then as you come down the hill on the A666, you will pass a BP Petrol Garage on your left. Turn right at the next traffic lights into Branch Road and down on your left there are some industrial units offering matchday parking. After the game turn left out of the car parks, so that you are going away from Ewood, turn right at the second mini roundabout and this will take you back up to the M65.

Tony Durkin adds; 'The main doors to the railway station face the bus station, from where you can take a either a Number 1, 3 or 225 bus (the latter goes from Stand N) bus to Ewood. To walk it to the ground instead, turn left at those main doors and go straight on towards Darwen Street. Turn left and you will reach a major junction over which runs a railway bridge (Darwen Street Bridge), which is impossible to miss. Crossing over the road as soon as you turn left onto Darwen Street will be a help, as when you get to the junction you need to follow the road towards Bolton. It is called Great Bolton Street after the bridge and then becomes Bolton Road. Follow this straight along for just over a mile (passing the Infirmary on your left and the canal on the right). After you go under another railway bridge, the ground is down on your left just after you pass the Aqueduct pub (for home fans only)'.

Tony Hughes informs me; 'Blackburn station is only a three minute ride away from Mill Hill. On arriving at Mill Hill walk up the steps from the platform and turn left onto New Chapel Street. Continue along New Chapel Street passing a shopping area and park. With the Spar supermarket on the opposite side of the road from you, turn left into New Wellington Street. Continue down New Wellington Street until you come to a small bridge that crosses over the Leeds Liverpool canal. You are now on Albion Street there is a large mill building on the left and a small school on the right. Walk along Albion Street to the end, and you will find yourself on Livesey Branch Road. Turn Left onto this road, and you will be able to see the football stadium in front of you at the foot of the hill'.

Behind the Bryan Douglas Darwen End, the Club have created a fan zone area, into which away fans are admitted. It has some large screens showing previous meetings between the two sides and more importantly food and drink outlets, where you can buy a 'Pie and a Pint' for £4.90. The closest pub to Ewood Park that away supporters can use is the Fernhurst pub on Bolton Road, which is only a five minute walk from the visitors turnstiles. Now part of the Hungry Horse chain, it quickly fills up on matchdays and once full no further fans are allowed entry until people leave. However please note that in keeping with the 'families atmosphere' of the pub, fans are asked to refrain from singing. John Chadbourne a visiting Nottingham Forest supporter recommends Uncle Jacks on Branch Road; 'It welcomes away fans, has an excellent selection of beers, including cask ales. It is only a ten minute walk from Ewood Park'.

There is the Golden Cup pub which is further on past the Fernhurst (going away from the ground) on Bolton Road and is tucked in by the motorway bridge. However this Thwaites pub is quite small, gets rather crowded and it is a good 20 minute walk (and mostly uphill) from Ewood Park. It is friendly though and also offers a range of pies. You can also park at the pub for a cost of £5. If you have a bit of time on your hands and you like your real ale then Robert Bury suggests; 'The Black Bull pub at the top of Bog Height Road (this is the road next to the Golden Cup and the Black Bull pub is located one mile up this road on the left) is home to the Three B's Brewery and has up to eight ales on tap. You can also enjoy great views over the surrounding countryside and Blackburn from its elevated position.' On the other side of the M65 motorway on Blackburn Road but going in the opposite direction to Ewood Park towards Darwen, is the Anchor Hotel, which is also frequented by away fans.

Just around the corner from the entrance to Blackburn Railway Station is a Wetherspoons outlet called the Postal Order. Alcohol is also served within the ground in the form of; Fosters (£3.90 pint), John Smith's (£3.90 pint), Bulmers Cider (£3 bottle) Guinness (£4 can) and Wine (£3.90 small bottle). The Club offers two pints of lager or bitter for £7.50. You can even have them served in a two-pint pot!

Away fans are housed in the Bryan Douglas Darwen End, where the facilities provided are good. However, the spacing between the rows of seats leaves a lot to be desired, being quite tight. The Darwen End is shared with home supporters, but if demand requires it the whole of the stand can be made available. Normally the away allocation is for three quarters of the stand, at just under 4,000 tickets, which are split between the whole of the upper tier and part of the lower tier (with the lower tier being allocated first). If you have not bought a ticket in advance, then you need to buy one from the away supporters ticket office at the ground as you can't pay on the turnstiles. The ticket office is located on the corner of the Darwen End & the Jack Walker Stand.

On the concourse, the food available includes; a range of Holland's Pies (Chicken Balti, Peppered Steak, Potato and Meat, Cheese and Onion all £2.80), Sausage Rolls (£2.50), Hot Dogs (£3.50), Cheeseburgers (£3.80) and Burgers (£3.30). The refreshment areas are opened 90 minutes before kick off and close 15 minutes into the second half. If you are looking to eat something prior to entering the ground, then there is a baker in Bolton Road selling hot pies from one of its windows. Across the Bolton Road by the home end is a McDonalds, which I noticed had a walk through service for fans! I found the Blackburn fans both friendly and helpful, plus coupled with the relaxed stewarding, has made it so far for me, five pleasant visits to Ewood Park. 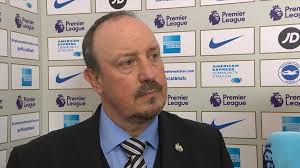