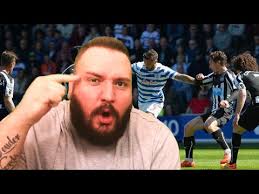 Along with Brighton, Leeds United are the team in form in the Championship in the last couple of months, and it is worrying how they gained another two points over the Magpies last night.

Only five points split the two teams, and Newcastle fans saw against QPR how the pressure is growing.

Leeds United boss Garry Monk conceded his side were lucky to take three points but was delighted with the mentality shown after snatching a late 2-1 win at Blackburn Rovers in the Sky Bet Championship.

The game was far from a classic and the only shots on target all resulted in goals.

Stuart Dallas - the only survivor from the FA Cup loss at Sutton United - opened the scoring in the 74th minute, controlling beautifully and firing home his first league goal of the season.

Blackburn equalised nine minutes later through Elliott Bennett's long-range effort but Pontus Jansson popped up in the 89th minute with a bullet header to send the travelling contingent of almost 6,500 into raptures.

It was Leeds' fourth successive win over Blackburn in all competitions and the first time they have secured the double over these opponents since 2003/04.

After collecting maximum points - which narrows the gap to second-place Newcastle to five - Monk enthused about his team's character.

He said: "It wasn't pretty by any stretch of the imagination. Neither team got control of anything. (It was) A bit to and fro, a bit of a grind.

"I said to the players afterwards, I said: 'Look, there'll be situations you'll face throughout the season and there's six or seven games you can't play at your best, but you have to make sure you find a way to win'. And I think the mentality we have was very clear.

"We defended our box very well, stayed strong when it was difficult and in those crucial moments we scored two good goals. Yes (we were) a bit lucky to come away with the three points but the mentality and character is what I was pleased with. That's the positive to come out of the game.

"We know we didn't perform near our level but we found a way to win and for me, that's a real good sign for a good team with a strong mentality."