Coloccini could be back training next week ahead of the Tyne-Wear derby at St James’s Park on February 1.

“Colo’s desperate to play football – he just wants to play.” 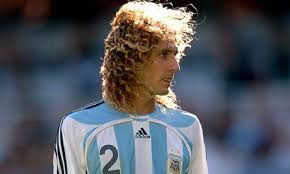 The Sunderland game is followed by a visit to Chelsea on February 8 and a home fixture against Tottenham Hotspur four days later.

Coloccini has been troubled by a series of injuries over the past year and a half.

The Argentina international had a spell out with a groin problem earlier in the campaign.