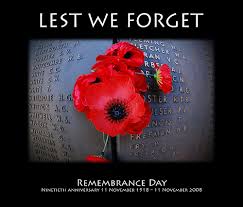 UEFA has opened disciplinary proceedings against Celtic over an illicit banner at their Champions League match with AC Milan on Tuesday.

Neil Lennon's side cannot now qualify for the knockout stages of the competition or the Europa League after they were beaten 3-0 at Parkhead.

But they also now face problems off the pitch, with UEFA due to consider the matter next month.

UEFA statement: "Disciplinary proceedings have been opened against Celtic FC for an incident of a non-sporting nature (illicit banner) at last night's UEFA Champions League match against AC Milan in Glasgow.

"The case will be dealt with by the UEFA Control and Disciplinary Body meeting on 11 December."

The disciplinary code of European football's governing body states clubs may be subject to disciplinary measures if supporters are found to have used "gestures, words, objects or any other means to transmit any message that is not fit for a sports event, particularly messages that are of a political, ideological, religious, offensive or provocative nature".

Meanwhile, a man has been reported to police for allegedly shining a light onto the pitch at Celtic Park.

"A 25-year-old man is subject of a report to the procurator fiscal in connection with allegedly shining a laser pen on to the pitch at Celtic Park during the match on Tuesday 26th November," Police Scotland confirmed.

Celtic were fined £4,221 earlier this season by UEFA after fireworks were set off by supporters during their Champions League qualifier against Northern Irish side Cliftonville.

They were also fined twice during their 2011/12 season Europa League campaign after supporters displayed an offensive banner and set off flares during an away game with Udinese.

Celtic were also handed a £13,000 fine for "illicit chanting" in the same competition during their game with French side Rennes.