And according to reports, the move was blocked when Newcastle were forced to sell Yohan Cabaye.

Reports in Portugal claim: "David Moyes also believes Tiote will be cheaper and a more tried and tested option than William Carvalho this summer."

It shows how Man Utd went to extreme lengths to hide from the media their interest in Tiote, waiting until the very end of the transfer market to make a move to stop an auction. 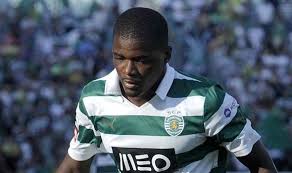 But, it backfired, and an earlier offer could have seen Tiote move on and block Cabaye's transfer to Paris.

The most amazing fact is Mike Ashley didn't sell them BOTH!

But now Tiote knows of the interest ... will he slap in a transfer request in the summer?

I think it depends who is Newcastle manager come June.