Steve Bruce will sit down with Newcastle United owner Mike Ashley this week to thrash out a transfer plan for what remains of the January window. 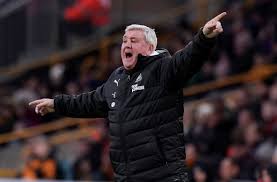 The sportswear tycoon is expected to make a rare trip to Tyneside in the coming days. Having appointed Bruce as Rafael Benitez’s replacement during the summer, Ashley sanctioned substantial bids for record signing Joelinton and fellow forward Allan Saint-Maximin.

An injury crisis has left Bruce struggling to put together a team for Tuesday night’s FA Cup replay against League One Rochdale, but while Bruce is confident of Ashley’s continued support, he has insisted he will not spend "for the sake of it."

I’m meeting up with the owner in the next couple of days, that’s planned. As I’ve said all along, if there’s something that can really make us better and they’re available, then we’ll try to act, and I’ll ask the owner, who was very supportive in the summer.

Let’s see, let’s see what we can get. But I’ve said all along, I won’t just bring players in for the sake of it. Most of the injuries we’ve picked up are minor, so they will be back in two or three weeks.

I’m not for just brining in players for the sake of it. They’ve got to improve us and if that can happen, then I’ll have that conversation with the owner over the next couple of days.

Asked if he expected Ashley to be a supportive as he was during the summer window, Bruce replied: