Bruce Calls In The Players

Newcastle United's players were called in for extra training yesterday.

According to the Chronicle, Newcastle United boss Steve Bruce told his players some home truths in a team meeting yesterday.

Newcastle were due to have Sunday off, but their poor performance against Norwich City meant that Bruce called the squad in.

Newcastle were beaten 3-1 by Norwich, with their showing in the contest very poor.

The Magpies were thoroughly outplayed by Norwich, and Bruce was clearly unhappy with what he saw.

Newcastle’s players had their day off taken away from them, and Bruce is said to have not held back in what he said to the squad.

Newcastle have started the new campaign very poorly, and have lost their opening two matches.

The pressure is already building on Bruce, with his doubters at St. James’ Park already becoming vocal.

Newcastle’s task of getting their first victory does not get any easier, as they face Tottenham Hotspur next. 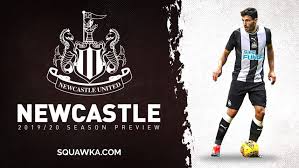