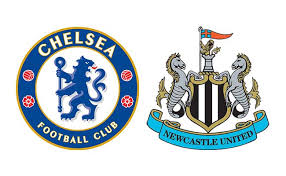 Chelsea have only lost once to Newcastle at home in the Premier League era and there's little sign of a second coming on Saturday ... if you believe the bookies.

Chelsea v Newcastle (1730 GMT BT Sport 1)
Stunned by Leicester, held by Southampton, what chance Newcastle make it a third home game in a row Chelsea will drop points in? Well, you can't say no chance but this game has 'home banker' written all over it given the respective form.

The Magpies have lost nine in a row to top six teams and have won just once at Stamford Bridge in the Premier League - and that's not even to mention their current run of one win in their last eight league games which has put them right back in the heart of the relegation battle.

The source of hope for the visitors comes in the goal shy nature of this Chelsea team, which has scored just three goals in the last four league games and drawn blanks in back-to-back home league fixtures.

It'd help if Newcastle carried any sort of goal threat but they're hardly prolific (only Huddersfield have scored less) and Rafa Benitez is resolute in his approach to big away games - that's limit the damage and try and pinch a goal somehow.

That has to happen first as Newcastle have lost every game they've fallen behind in out of the last 14 instances, while Chelsea are excellent front-runners and have lost just once from the last 15 times they've gone ahead.

Betting guide
Prediction: Chelsea 2-0 Newcastle (Sky Bet odds: 9/2)
This may even be a bit generous for low-scoring Chelsea and 1-0 will do them, but they've got a habit of earning 2-0 wins and, apart from a Rondon header at set piece it's hard to see the second-lowest scorers in the division grabbing a goal against the second-best home defence in the league.

Best bet: Chelsea win 1-0, 2-0 or 2-1 at 11/8
Newcastle usually keep games tight and I quite fancy a Chelsea clean sheet but there's just enough of a nagging doubt about their defence to play it safe a bit here and throw in an away goal.

Goals: Salomon Rondon anytime at 5/1
OK so we've been going on about how bad Newcastle are at scoring goals, but if anyone is going to bag for the it's Rondon. His physical presence will be tough for Chelsea's defenders to handle, plus he's scored three out of Newcastle's last four goals. Those three goals have all come away from home and he's on a run of scoring very other game so after missing out last time he's due!