Timing is everything when it comes to sacking a manager.

Leave it too late and the replacement won't have enough time to make an impact. Sack him too early and the honeymoon period for the new boss won't be enough to keep them up.

January is the time when club owners and board members are left with this impossible decision of stick or twist and the Premier League sack race starts to get in full flow.

With the Christmas out of the way and the return of the dreaded transfer window, some Premier League managers are feeling a little bit hot under the collar.

With so many teams battling it out for survival at the bottom of the table, Sam Pollock looks at the contenders to be the next Premier League manager to leave (or get the push).

Book-maker Stuart Dallimore says: "Our current position is that if no manager is sacked for the remainder of the season we would stand to lose quite a bit of cash. The managers who represent bad results for us are Pardew (33/1) Lambert (20/1) and Moyes (16/1).

"Moyes has been particularly popular since the weekend's bad performance but we're still fairly confident he'll be given time at United so he's still available to back as large as 16/1. Allardyce is currently the favourite to go at 6/4 followed by Hughton at 3/1. The No manager to leave selection is next on the list at 4/1."

West Ham sit just inside the relegation zone after a 3-1 home defeat to Newcastle left 'Big Sam' with yet more questions to answer. His side continue to struggle at Upton Park where they have only picked up nine points in the Premier League all season.

Having previously leaked 11 goals in just two cup games against Nottingham Forest and Manchester City, it seemed as if the east London side were in freefall.

The only bit of relief in what has been a bitterly disappointing run for the Hammers came at the Cardiff City Stadium, when the London club recorded just their second win in 14 league games. Andy Carroll made his long awaited return and if he stays fit then he could have a major part to play in this relegation battle.

With an already depleted squad, Allardyce had been keen to bolster his squad with a striker and a centre-back. Having reportedly been snubbed by Everton defender Johnny Heitinga and Monaco forward Lacina Traoré, the former Bolton manager was forced to bring in Wolves defender Roger Johnson on loan.

However one of the most concerning stories coming out of the club this month is the reported interest from Fulham in England Under-21 starlet Ravel Morrison. Having made an official complaint to the Premier League following comments from Fulham manager Rene Meulensteen in relation to an attempt to sign the midfielder, it is vital that the Hammers hold on to their key players if they have any chance of survival this season.

Sam Pollock "With the second leg of the Capital One Cup semi-final against Manchester City and a Premier League trip to Stamford Bridge to take on Chelsea in their next two games, it doesn't look as if things will get better for the Hammers any time soon."

Having spent nearly £30million in the summer, many would have thought that Norwich would be safe in mid-table and pushing to build on their progress from last season when they finished in 11th place.

Chris Hughton had been bold in his transfer activity during the summer, signing an array of attacking talent including Ricky van Wolfswinkel for £8.5m and Gary Hooper for £5m. This resulted in the Canaries finding themselves in the unfamiliar position of being ninth on the list of Premier League spenders of 2013. However this strategy of spending big brings its own unique pressures.

The 3-0 FA Cup loss to Fulham at Craven Cottage in mid-January signalled an alarming winless run that reached eight matches and was Norwich's second dramatic slump of the season.

Norwich are currently in the precarious position of being only a few losses away from being sucked right back in to the relegation battle and had they not beaten Hull at the weekend, they would 've certainly been looking over their shoulders. A late header from defender Ryan Bennett secured a first win in six and relived some of the pressure on Hughton by moving the Canaries five points clear of safety.

What will be concerning to the Norwich fans is their away form. Having only won two games on the road and conceding 24 goals in the process, it is something that will need to improve if they want a smooth end to the season. The recent addition of Jonas Gutierrez from Newcastle will add much needed defensive cover and is another shrewd signing at Carrow Road.

Norwich will be looking to gain momentum from this weekend's win and will try to ease the secure their Premier League safety before their tough run of fixtures at the end of April.

The Canaries will face Liverpool, Manchester United, Chelsea and Arsenal in their last four fixtures in the season which could prove to be difference between survival and relegation.

Hughton is second in the next manager to go market and remains under pressure. 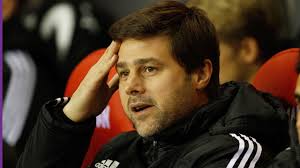 Having made steady progress with Southampton, it may come as a bit of a surprise that Mauricio Pochettino is such short odds with Sky Bet to go next.

It was only four years ago when the Saints managed to gain promotion out of League 1 and the progress they've made in such a short space of time doesn't scream out for more change. If anything you would've thought stability since Nigel Adkins' exit would be the key at St Mary's.

However the recent boardroom turmoil that saw Southampton executive chairman Nicola Cortese resign from his post also put the manager's future in doubt.

Cortese had considered leaving Southampton in May of last year after stressing to owner Katharina Liebherr that he was concerned about the future direction of the club. At the time, Pochettino stressed that his involvement at Southampton was dependent on his chairman remaining at the club.

"If (he) Cortese doesn't work here... I would not understand a Southampton with Nicola being here," he said.

Prior to this Pochettino had quickly set about enhancing Southampton's reputation when he first took over from Adkins and twice broke the transfer record in the summer of 2013 with the signing of midfielder Victor Wanyama from Celtic and Italy international striker Dani Osvaldo from Roma.

Having started the season so well including a memorable 1-0 victory over Liverpool at Anfield in September, it initially looked as if Southampton could be the surprise package and push for a Europa League place.

However a disappointing Christmas period, which saw only two wins in 12 games in all competitions, has slightly dampened the mood at the St Mary's.

With Pochettino signalling his intention to review his position at the end of the season, I don't think this is the last we've heard of this issue and at 6/1; it could be worth keeping an eye out on this one.

Manchester United fans aren't happy at the moment. After another poor performance on the road, this time at Stamford Bridge, the pressure is really starting to build on David Moyes. Everybody knew that the transition from Sir Alex Ferguson's reign was never going to be easy but nobody envisaged it to be this tough. Manchester United, 20 times Premier League winners, are now a staggering 14 points behind leaders Arsenal and surely there is no way back from here. Their title defence is officially over.

Most of United's troubles stem back before a ball was even kicked. It's fair to say that their transfer business during the summer was not quite what they had planned for. Ander Herrera, Cesc Fabregas and Leighton Baines are just a few of the targets that Moyes missed out on and my word are they paying for their mistakes now. The wait for the late signing of Marouane Fellaini, who Moyes knew well from his time at Everton, showed just how much confusion and panic there was at the club, with many blaming the changes in management and in the boardroom.

Sunday's 3-1 loss to Chelsea again highlighted their defensive frailties and the need for further signings during the January window. With the only bit of business so far being the departure of Anderson on loan to Fiorentina for the rest of the season, it can't be long before the fans start calling for some incoming transfer news.

It is also important for a re-adjustment of their focus for this season. Manchester United is a club with proud history but this season their sole aim must be to try and qualify for the Champions League. With Liverpool, Tottenham and Everton not showing any signs of slipping up, it is vital that United try to put another run of wins together to get back in the hunt for fourth spot.

The return of Robin Van Persie and Wayne Rooney will surely boost them but the fear factor of playing at Old Trafford has well and truly been lost. Out of 11 games at home, United have already lost four times and drawn twice. It is important for this home form to return to that of the Sir Alex days, where many teams had already lost before stepping on to the pitch.

Even though Moyes is likely to be given time to get things right he surely can't afford many more mistakes so at 16/1, he is by no means a favourite to be the next man to go.

Having only sacked Martin Jol at the start of December following a miserable start to the season, some would be surprised that Rene Meulensteen is my outside chance to be the next manager to be shown the exit door.

Fulham find themselves one point and one place above the relegation zone having lost more games and conceded more goals than anyone else in the Premier League. It certainly isn't nice reading for the west London club who suffered a 2-0 defeat against Arsenal at the Emirates on Saturday.

Most worryingly for the Cottagers is their recent record against the teams around them. They lost 6-0 at the KC Stadium in late December and then got completely outplayed by Sunderland in a 4-1 defeat at Craven Cottage.

This poor defensive record has resulted in Meulensteen recalling Dan Burn from his loan spell at Birmingham. The 21-year-old made 28 appearances in his loan stint in the first half of the season, before being recalled on January 2.

Fulham made a couple of decent additions to their squad during the summer transfer window by bringing in world class goalkeeper Maarten Stekelenburg, proven Premier League goal scorer Darren Bent and QPR starlet Adel Taarabt on loan. However possibly one of the biggest signings for Fulham came in the form of Clint Dempsey who signed a two-month loan deal at the end of December. Currently with Seattle Sounders FC, Dempsey will spend the Major League Soccer off-season in what will be his second spell at the club having spent five-and-a-half seasons at Craven Cottage.

The Craven Cottage club face a tough run of fixtures before the start of April, when they face fellow relegation strugglers in five of their last six Premier league fixtures. This run of games could possibly decide their Premier League future, with a home game against Crystal Palace on the last day.

Meulensteen is way out at 28/1 to be the next Premier League manager out, but with only one point separating them with relegation zone, there is definitely value in those odds.