Newcastle United’s transfer business is set to go to the wire ... just as it did in the summer ... when they missed out on every one of Alan Pardew's FOUR targets.

The club is yet to make a breakthrough in this month’s transfer window, and Joe Kinnear warned us (in his programme notes) not to expect a major influx of players. 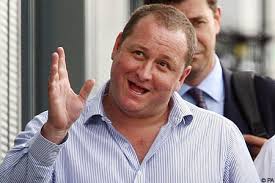 United manager Alan Pardew had been hopeful of some “movement” while he and his players were in Abu Dhabi this week for warm-weather training.

But Kinnear has been scratching his arse rather than get into talks with anyone, and Newcastle’s squad yesterday returned to Tyneside from their Jollies with no new faces at home.

Pardew is keen to see a striker arrive this month, and the club’s efforts are focused on securing Borussia Monchengladbach’s Luuk de Jong, a previous target.

However, Monchengladbach, themselves reportedly keen on United’s Papiss Demba Cisse, must find a replacement for de Jong, who is fifth-choice striker at the Bundesliga club.

Newcastle director of football Joe Kinnear, perhaps prematurely, has stated that no one will leave the club in the transfer window.

And the club is not looking to sell Cisse - Pardew dismissed talk of a swap deal involving him and de Jong earlier this month - despite his lack of games and goals.

Kinnear: “I will not let any player leave Newcastle United in this transfer window.”