Ashley To Keep His Money During Transfer Window?

Unless Mike Ashley sells Newcastle before January then it could be another frustrating transfer window for Rafa Benitez. 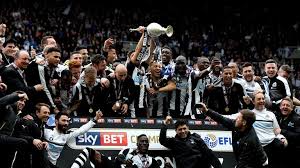 Rafa Benitez will have to work with limited funds at Newcastle United during the January transfer window if owner Mike Ashley does not sell up before then, reports the Chronicle.

Ashley has made it clear he will not be putting up cash to buy new players in the New Year and while Benitez will benefit from TV money in the future, that won't come into effect until next summer.

Amanda Staveley and the PCP Partners Group are still interested in buying the club, but unless the process speeds up it could be another frustrating window for the manager and the fans.

The likes of Barcelona goalkeeper Jasper Cillessen, Besiktas striker Cenk Tosun and Atletico Madrid's Fernando Torres have all been linked with the Magpies, but all three would be too expensive under the current financial constraints.

Benitez's scouting team are working hard to draw up a shortlist for the Spaniard, but there are limits to what they can do and it may be that the Newcastle boss has to once again sell players before buying new ones.

Someone that could well leave is Aleksandar Mitrovic, who wants more game time ahead of a potential 2018 World Cup campaign in Russia with Serbia, and if the Toon receive their £15m asking price then that could make things easier.

However, the best case scenario for Benitez is that Ashley sells up quickly and gives the new owners time to send their own funds his way to improve the squad.