Matchday turnover, including ticket sales and hospitality, rose £3.9m to £27.8m, while the accounts show commercial revenues up by almost a quarter to £17.1m.

The wage bill and operating losses also fell at a time the amount spent on players also increased - up more than 30% to £28.7m.

But even a run to the Europa League quarter finals could not offset the effect the team’s poor league form had on TV revenue, which fell to £51m.

And the clubs overdraft facility increased from £300,000 to £4.5m over the course of the season.

Meanwhile the club’s debt remained static at £129million - the value of the interest-free loan from owner Mike Ashley. 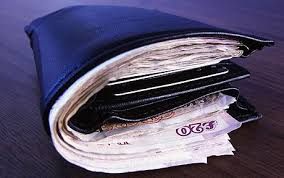 NUFC statement: “As supporters will be aware, finances are a significant issue for all football clubs given the introduction of Financial Fair Play into the Premier League in addition to UEFA’s Regulations.

“Complying with FFP continues to be a key influence on strategy and something we have been working hard at over a number of years.

“Everyone at this club wants to finish as high up the Barclays Premier League table as they possibly can. If the club can sustain itself as a ‘top ten’ team year-on-year with a stable structure and the right finances, it gives itself every chance of pushing even further.

“Matchday and commercial revenue is a key driver because that’s where the club can compete with - and outperform - its competitors to enhance its spending capabilities.

“Ultimately the income the club generates, particularly, given the restrictions of the Premier League FFP Rules, from matchday, commercial ie. non-TV income, will directly impact on the strength and quality on the pitch.

“The process requires patience but we remain absolutely committed to growing the club in a responsible and sustainable way.”

The club’s total wage bill fell from £64.1million to £61.7million and wage-to-turnover ratio now stands at 64 per cent - down 4% - but, this only includes at most six months of the wages paid to the six January signings.

Such good news for Mike Ashley, why don't we forget the football and just concentrate on PROFIT?

The fact is ... Ashley is happy, and NUFC is seen as a success ... although we just avoided relegation by the hairs on a flies knackers, went out of the FA Cup and League Cup before the competitions even warmed up ... it's seen as success.

The open top bus, with Ashley parading his wallet, will leave St James Park for a tour around the city on Monday at 2pm.