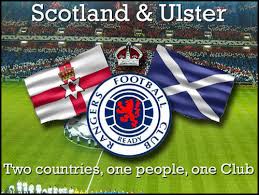 In a surprise late-night move, the club confirmed McDowall's departure in a brief three-line statement.

It said: "Kenny McDowall has tendered his resignation as caretaker manager of Rangers Football Club, citing personal reasons for stepping down.

"Kenny, who has been a fantastic servant of the club, will serve his 12-month notice period, during which time he will remain 100 per cent committed to his normal duties.

"The club respects Kenny's decision and he will continue to have the full support of everybody at Rangers."

McDowall first joined Rangers in 2007 when Walter Smith lured away the former Partick and St Mirren striker away from Celtic, where he was working with the Parkhead youngsters.

As first-team coach he helped the Ibrox side to three league titles in a row and was also credited for the role he played as the Light Blues marched all the way to the 2008 Uefa Cup final.

He was promoted to assistant manager when McCoist replaced Smith in 2011, but then found himself thrust firmly into the spot-light when the club's record scorer was removed from the Ibrox hot-seat last month.

However, it was a situation he never appeared comfortable with.

While McCoist acted like a senior club statesman as much as he did the manager at times, McDowall refused point-blank to discuss the club's off-field problems.

His favourite response to bat away awkward questions was to insist he knew nothing about them before declaring he was only taking over the managerial responsibilities because he had been asked to by the board.

Matters on the pitch were not easy either. His first match in charge ended in a humiliating 4-0 drubbing by Hibernian at Easter Road - the club's heaviest defeat to the Leith side since 1912.

And his attempts to right the Rangers ship as they sank 13 points adrift of Scottish Championship leaders Hearts were hit when new chief executive Derek Llambias sold the club's most creative player Lewis Macleod to Brentford just a week after McDowall took over.

McCoist was only allowed to stay in post for six days after tendering his resignation before the board axed him just hours before their stormy AGM. The question is whether they will now be happy to let McDowall see out the final 12 months of his contract.

But with the club still dangerously short of money in the short-term while it waits to set a date for director Dave King's general meeting - which fans hope will spell the end of the current directors' time at the club - there is not enough cash to bring in a new man from outside.