Arab Businessmen Love To Blow Their Own Trumpet

Former chair of the NUST Neil Mitchell lives in Dubai and has been digging for information about the Bin Zayed group, here are his findings:-

It’s not every day you wake up to nearly 200 Twitter notifications on your phone. Maybe if you’re Donald Trump, Ricky Gervais or Kim Kardashian but it’s not a usual occurrence for me. 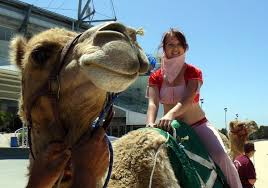 I had decided to grab an early night, still revelling in a little play-off Schadenfreude if truth be told. Then when I woke up to get my youngest sorted for school I found a ton of notifications and my brain started working overdrive.

Have they finally found out about the Krakow incident of 2006? Or has one of my random Wikipedia alterations finally caught up with me?

No, apparently it was all about an exclusive from The Sun that HH Sheikh Khaled bin Zayed al Nahyan had “agreed terms” to buy NUFC via his Dubai-based Bin Zayed Group. Cue pandemonium.

Of course we’ve been here before. The immediate reaction is one of cynicism, even for a hopeless optimist like me. This is especially true having just wasted almost two months of my spare time working with someone who claimed to have interest and liquid cash to build a consortium only to be let down by failure to prove adequate funds.

When I heard about this new group my first reaction was to go back to the story that of the same people trying to buy Liverpool in 2018 – that was the hurdle they fell at.

Immediately my careworn, Newcastle supporting brain kicks in. But, as pointed out to me by someone who genuinely knows better, that was a very different deal. It was far bigger (a $2billion bid for a start) and had Chinese investors and hedge funds involved. And as my good Geordie mate here who sells floating houses (yes, really - I say these things like they are normal) would tell you, once Chinese cash gets involved it can get very complicated very quickly.

So with child number three pretty much run round the corner to school I got back onto contacts and put as many feelers out as I could as well as doing a little homework. Well there went my best laid plans for my day off! The day unfolded and as anyone aware of how it unfolded will know, it was rather tumultuous to say the least.

The word I keep coming back to is ‘odd’.

It was odd that everything was coming from the buyer yet not being denied at all by NUFC and eventually being confirmed – to a point. Odd that various people in the Arab world with connections were tweeting about it without any real ‘news’ sources verifying anything.

Odd that just as you were waiting for the sting in the tail something else would come out and stoke the flames. Just odd.

It’s not unusual for Arab businessmen to blow their horns loud once they feel they have achieved something. But it’s odd for them to leak anything ahead of time.

Have they gone off half cocked? Has someone leaked something that could ultimately torpedo the deal? Where has the leak come from? Is it the buyer really? Or even the FA, as I had suggested to me? Or, tin foil hat time, the offices of Keith Bishop Associates? These were all valid questions.

So who is this Sheikh anyway? Is he real? a Fake Sheikh? Sheikh n’ Vac? God knows we’ve been here before as well.

But as anyone here in the UAE would tell you HH Sheikh Khalid bin Zayed al Nahyan is very real and the Bin Zayed Group which he is the chairman of held in high regard. Their values and performance are more than admirable and they have a very good track record, even in difficult economic times.

He is nowhere near as wealthy as the man who is supposedly his cousin and owns Man City but frankly I don’t think any of us expect or demand that kind of investment. In fact with the right sensible investment along with Rafa’s ‘project’ concept I don’t think we need astronomical figures by today’s standards.

That said you’re probably still looking at £500million to buy and invest and frankly I’ve probably been in the UAE a bit too long to call that “not astronomical’.

And then at the end of the day a statement released by the Bin Zayed group that for me is the killer part of this. The key phrase is ‘terms agreed’. Something not denied and indeed effectively confirmed by the club. That would imply exclusivity. That says, to use a rather on trend term, end game.

That made me think the only thing that can scupper this now is Mike Ashley . He is the one hurdle everyone has to jump and many fail. He is the Beecher’s Brook and Chair combined. If anyone can find a way to disrupt his own sale it seems, apparently, it’s him.

I remain cautious but I want desperately to get properly carried away. We all do. We have had 12 years of divide and conquer; hopes dashed and internal squabbling bordering on civil war. Lies, half truths, smoke and mirrors and deception. Ridicule, embarrassment and a ghost ship regime that seems determined to just tick over and stay afloat rather than kick on and sail towards excellence.

Of course we as fans are contrary, curmudgeonly and cynical. Healthily so I would say. We dare not to believe because we have had belief repeatedly snatched away from us time and again by an absentee owner who cares more for his cut price, high street brands than the club that is the heart of our city, region and community.

If, and it remains if, this is happening the possibilities are huge. The implications for the city and region potentially massive. I desperately want this to happen. So I return to a word I believe I used a couple of years ago. Insh’Allah.

Perhaps now you just may start to understand what this really means.