Another Loan Spell For Toon Youngster?

Callum Roberts looks as if he needs another loan move

It’s been a while since Roberts’ short stint at Gateshead and he looks ready to go back out on loan now. Back then it was felt that he wasn’t quite right for the rough and tumble of lower league football but that might have changed now.

Roberts was full of energy and creativity against Villa and had a hand in three of United’s four goals. The 19-year-old would be a decent acquisition for a side in the lower leagues looking for someone capable of opening up defences. 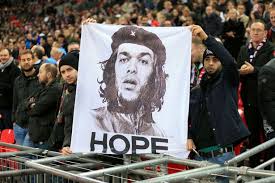 He certainly looks a cut above at under-23 level.

Last year United struggled throughout the age groups – this year they are starting to learn how to win again and even if this was a team made up mostly of Villa colts, there were encouraging signs.

There is a good spine down the side now with Stuart Findlay, a summer signing from Celtic, looking strong at the back alongside Curtis Good, who is looking to reinvigorate his career after such a long time out through injury. Add to the mix Dan Barlaser in midfield and Tom Heardman up front and there is strength there.

With El-Mhanni and Roberts injecting a bit of creativity, there are signs of life under the first XI.