And The Manager Of The Month Is ...

Is it the "kiss of death" as many pundits report? Newcastle's Alan Pardew shocked many by winning it before Christmas, then moved on to Crystal Palace. 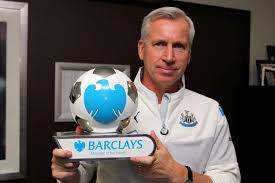 Victories over Everton, Leicester, Crystal Palace and West Brom followed and only a spirited performance from Burnley could deny them all three points in their final fixture of 2014 as their title defence continues to gather momentum.

Austin becomes only the second QPR player to win a Premier League Player of the Month award alongside Trevor Sinclair, who won it in October 1995.