A Massive 'Tempter' For Rafa

Newcastle United boss Rafa Benitez has emerged as a surprising contender for the PSG job - according to reports. 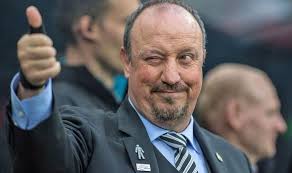 The Spaniard's future at St James's Park is still up in the air with talks on a new contract yet to translate into a fresh deal.

Benitez has recently said he is waiting on answers posed to some key questions before committing his future to Newcastle.

It is believed the former Liverpool manager wants control over the club's transfer policy and is also keen to see investment in Magpies' training base and academy.

But fresh reports now claim that European giants PSG are eyeing Benitez as a potential successor to Thomas Tuchel.

The Ligue 1 outfit are believed to be weighing-up the future of the former Dortmund boss after he failed to deliver Champions League success.

Tuchel claimed the league title but failed to follow-up former manager Unai Emery's domestic treble - meaning he could be replaced come the end of the season.

And The Gambling Times claim that Benitez is being eyed as a possible replacement should the German depart.

Benitez can currently be backed at 8/1 to take over at the French giants, with Jose Mourinho the current favourite.

The Newcastle boss has previously been linked with a lucrative switch to China, but has claimed his preference is to stay in England with his family settled.