90min's Definitive A to Z of Newcastle United

Newcastle United. A club at the epicentre of its local community.

There aren’t many clubs left in world football whose fortunes directly impact the mood among the whole town, however, Newcastle are just that. Followers of the black and white army haven’t had things easy this century, with second tier titles about as good as it’s got, but the unwavering support of their loyal fanbase is something to be proud of.

We could have put him at the letter S but let’s be honest, he deserves to be top of the list.

Newcastle’s all-time leading goalscorer with an astonishing 206 goals in 395 appearances for the club, Shearer also holds the ​Premier League goalscoring record with 260.

With the club languishing near the relegation zone in 2009, Shearer was appointed Newcastle boss on April 1st (great marketing) and tasked with keeping the club in the Premier League. The move ultimately ended in tears, but what can’t be underestimated is Shearer’s love for the club in that he was willing to put his legacy on the line to help his boyhood team.

The word ‘legend’ is thrown around far too readily at times in football, but this man is a true Geordie legend.

B is for Bobby Robson

Ok, so the word ‘legend’ is thrown about too much, but here it is again. Bobby Robson, a true legend of the game. Much like Shearer, Robson will forever have a place in the hearts of Newcastle and England fans alike. He guided Newcastle from bottom of the Premier League to a fourth-place finish and then third the following season. The last manager to bring ​Champions League football to St. James’ Park, he has quite rightly been honoured with a statue outside the ground and was granted Freedom of the City in 2005.

C is for “Collymore closing in!”

Widely regarded as the greatest Premier League game of all time, Newcastle and Liverpool played out an absolute humdinger back in 1996. Stan Collymore’s last gasp winner resulted in an image all Newcastle fans will forever remember, with boss Kevin Keegan slumped over the advertisement hoardings (or ‘hanging his head’ as I do believe the famous Martin Tyler commentary so kindly put it).

They then produced the same scoreline a year later!

D is for David Ginola

One of the original Premier League flare players, Ginola burst onto the scene in 1995 with his wing wizardy and fast feet. Stayed in England for the rest of his playing career representing a number of other clubs but will always be remembered for his two years at Newcastle.

E is for Entertainers

Long before the pragmatism of Benitez and Bruce, Newcastle were a side full of flare and ambition. Their ‘we’ll score more than you’ side of the 90s will forever be remembered as a classic from the early Premier League years.

F is for Forgetful Kinnear

This one comes under the ‘shambolic’ heading mentioned earlier. During his time with the club as both manager and director of football, Joe Kinnear would regularly forget the names of some of the Newcastle players...like calling Charles N'Zogbia 'Charles Insomnia' and Yohan Cabaye 'Yohan Kebab'.

G is for Gazza Newcastle wouldn’t be Newcastle without this man. Only spent three years at St. James’ Park before moving to Spurs but the football he played at the club was superb. The Premier League never really saw the best of Paul Gascoigne, with the best years of his playing career coming at Lazio and Tottenham, but there’s no doubting the immense talent of this man, as he showcased on the grandest stage at Italia 90.

H is for Steve Harper

He may not seem like an obvious choice, but this man is loved on Tyneside. Newcastle’s longest serving player ever, Harper played second fiddle to Shay Given for much of his career. He bided his time and eventually became number one, helping the club achieve promotion in 2010.

The famous Keegan rant. During the 1995/96 Premier League season, with Sir Alex Ferguson up to his old tricks playing mind games, Keegan began to crumble and left audience aghast as he launched into an angry tirade at the Scott live on SkySports.

TV that will go down in Premier League history.

J is for Jackie Milburn

Newcastle’s record goalscorer before Super Al came on the scene. Local lad Milburn played for the club between 1943-57, notching a total of 201 goals in 399 games.

K is for Kevin Keegan 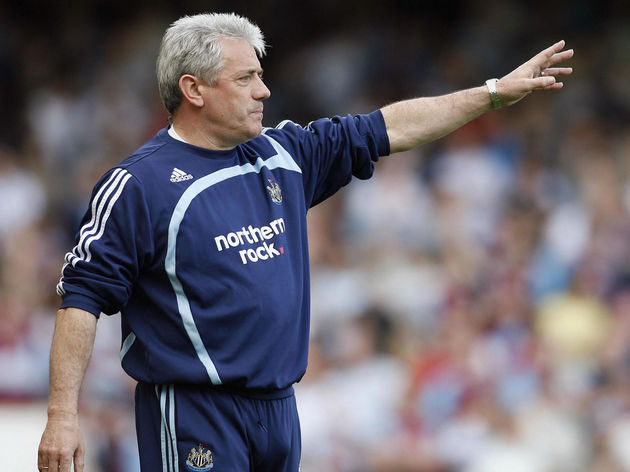 Had three spells at Newcastle, one as a player and two as a manager. The latter managerial stint ended after less than a year, but his first spell as a manager and a player were unforgettable. Guided the team to second in the Premier League and should have won it.

L is for Loyalty

For all their failings on the pitch, Newcastle will never be second best in the terraces. Their fanbase is undeniably fantastic, travelling miles upon miles to watch their occasionally hopeless team.

Leave your tops on though eh lads?

M is for Mike Ashley

Ah, the Scrooge of the Newcastle Christmas Carol.

Newcastle fans love to hate him. Since taking over the club in 2007, Ashley has been the brunt of the majority of Newcastle fans’ anger. In fairness to them, I’d be angry at a man who spent £40m on Joelinton.

Keegan’s entertainers of the 90s will be remembered for many things, flare, entertainment, pace, but the thing they’ll be remembered for most is bottling it. The nearly-men were 12 points clear at the top of the Premier League and contrived to finish second, taking seventeen points from their final ten games. Ouch

O is for Michael Owen It was meant to be the rekindling of the England dream team Owen and Shearer. In theory it was good, in reality Newcastle forgot that Michael Owen’s knees were made of cardboard. The club record £17m signing arrived from Real Madrid with the hope Newcastle could once again become one of the Premier League’s big hitters. Instead he got injured and they got relegated.

P is for Peter Beardsley

A genius of a footballer, Beardsley enjoyed two spells on Tyneside, the first of which he was instrumental in gaining them promotion back to the top-flight. Beardsley went on to make 275 league appearances for his boyhood club, scoring 108 goals.

Q is for Micky Quinn

Despite only spending three years on Tyneside, Quinn became a cult hero. He notched an impressive 57 goals in 110 games for the club, however, a falling out with newly-appointed boss Kevin Keegan saw his time in the north-east cut short

R is for Rafael Benitez The messiah in many Geordie’s minds. Benitez stuck with the club despite relegation to the Championship and got them back into the Premier League at the first time of asking.

S is for Shola Ameobi

Twice a day a broken clock tells the right time - Shola Ameobi is the footballing equivalent of this. He would be absolutely useless for 36 games a season, but twice a year, when it mattered most against local rivals Sunderland, he would turn up and score. Affectionately nicknamed ‘The Mackem Slayer’ for his derby day exploits, Ameobi will never be forgotten by Newcastle fans (or Sunderland fans, for that matter).

T is for Takeover

Mike Ashley has flirted with the many a consortium over the past few years, however, much to the dismay of the Georgie faithful, none have materialised. The latest reported interest is from a Saudi based group, but with no further news from the club, it appears Ashley is here to stay for a little longer.

U is for Underachievers

We’re constantly reminded of what a big club Newcastle are, however, the trophy cabinet at St James’ Park is looking pretty sparse. The north-east side haven’t tasted domestic silverware success since 1955!

V is for Vital season

In 2009 the unthinkable happened and Newcastle United were relegated from the Premier League with arguably one of the best squads ever to go down. Of course there were budgets to be cut, but Chris Hughton’s side took a quite different approach to life in the second tier. 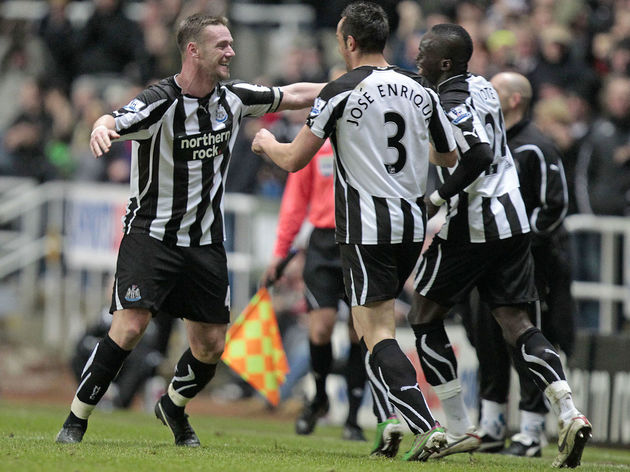 Instead of steadying the ship, Newcastle went for broke and splashed (what was then) an eyebrow raising £5m on Kevin Nolan. It was all or nothing, if they failed to win promotion they would be left in financial ruin and potentially still in the second tier now. The gamble paid off as Nolan returned 17 goals that season to win Newcastle promotion straight back to the Premier League.

W is for Chris Waddle

The north-east aren’t bad at producing decent footballers. Waddle is another, made 170 appearances for Newcastle between 1980-85 before going on to play for a host of clubs including French side Marseille. Played alongside Keegan and Beardsley in the second division as they coasted to promotion.

X is for Xisco

Signed for Newcastle in 2008 for £5.7m but only went on to make nine appearances.

Ok it’s a cop out but let me know when you think of a better one.

Y is for Youngsters

Not many clubs can boast an alumni from their academy as impressive as Newcastle’s. However, in recent years the conveyer belt from the academy has stalled. That all seems to be changing now, with brothers Matty and Sean Longstaff joining fellow graduates Andy Carroll, Paul Dummett and Jamie Sterry in the Newcastle senior ranks.

Z is for Ze French Revolution

One of the Newcastle fans’ main gripes with owner Mike Ashley was his unwillingness to open his cheque book. Instead of big money signings, the Toon Army’s hierarchy opted to search the French leagues for bargain buys, with the likes of Yoan Gouffran, Yohan Cabaye and Moussa Sissoko arriving.