6 Newcastle United Players Who Could Break Through in 2020

​Newcastle United are a club with a rich history of promoting young players, and that trend can still be seen in the first team today.

Sean Longstaff is a regular starter and brother Matty can't help but keep scoring against Manchester United, but there are plenty of other talents who are knocking on the door and waiting for their opportunity.

Here are six players who will hope to earn a spot in Steve Bruce's side in 2020. 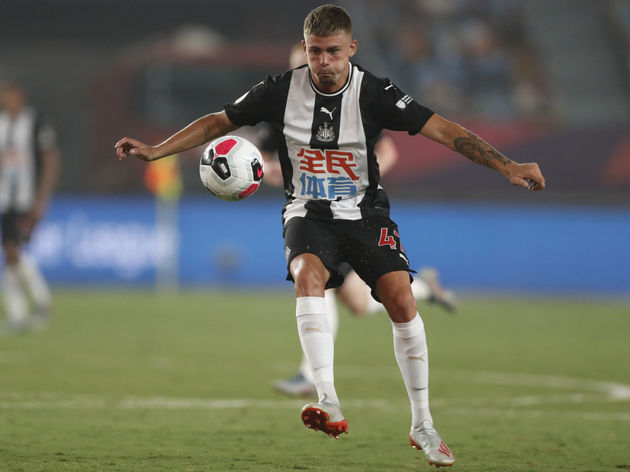 It wasn't long ago that ​Newcastle fans were calling for 20-year-old striker ​Elias Sørensen to be promoted straight to the starting lineup.

The Dane, who speaks with a perfect Geordie accent despite spending the first 16 years of his life in his homeland, is seen by many as one of the finest pure goalscorers at the club, and we all know just how much Newcastle need someone like that right now.

Bruce wants a new striker, but he might just have one right under his nose already.

Brought in from Swiss side Young Boys back in 2018, forward Yannick Toure is another who comes with high expectations.

Compared to ​Chelsea legend Didier Drogba by some fans, the 19-year-old is a speedy, powerful player who scored goals for fun in Switzerland. Toure has put in some fantastic performances for Newcastle's development side and already has his own cult following at St James' Park.

Again, if Bruce wants somebody to come in and make an instant impact in attack, Toure could be his man.

Midfielder Joe White might be just 17 years old, but he has already been involved in first-team training with Newcastle because club officials recognise they might have a star on their hands.

Regularly playing above his age group at youth level, White is a skilful playmaker who always wants to get on the ball. He has an eye for goal but spends most of his time creating opportunities for others, which will always work in his favour.

The Magpies are committed to developing White, who might soon earn himself a debut for Bruce's senior side.

At 22 years old, striker Luke Charman is one of the older players at the club who is still looking for a first-team debut, but that could be coming in the near future.

Charman spent time as a central midfielder in the past, but has been moved into a more advanced role as he developed. Now seen as a powerful striker with a keen eye for a pass, he brings a lot to Newcastle's academy sides.

Given his experience in comparison to his peers in the academy, Charman just might be at the front of the queue to answer the call from Bruce.

Out of all the players in the academy, the one player who most fans have the best chance of already knowing is 19-year-old centre-back Lewis Cass.

The Englishman has made the bench for the first team on a number of occasions in the last two seasons, so it is clear that those in charge at St James' Park are aware of his talent.

Cass is also comfortable both as a left-back and a right-back, so he could plug plenty of different holes in Bruce's team sheet if needs be. Expect to hear more from the 19-year-old in the coming months. Like Cass, versatile winger Tom Allan has also been handed a place with the first team in the past, and he even earned himself a spot in Newcastle's pre-season squad. He is definitely on the fringes.

Formerly a striker, the 20-year-old has taken his goal​scoring talents to the right wing, but he is comfortable anywhere across the attacking line. Allan brings pace and determination to beat a defender, which would make him a good fit for the senior side.

Bruce knows about him, having named him on the bench for the Carabao Cup clash with Rochdale. It could just be a matter of time.