18 Days To Put Newcastle Right And Ashley Blew It!

The latest Newcastle United Fans Forum has taken place, and the minutes have been released.

Though there were many interesting revelations - including the confirmation that a club-record bid for Saido Berahino was launched, that defenders were targeted in January but proved elusive, and that further investment would be made in the summer - the minutes did not address everything.

Clearly the Fans Forum was a passionate affair, with supporters frustrated by the Magpies’ Premier League plight and the club determined to paint as positive a picture as they could of things going on behind the scenes.

However, here’s seven questions the Fans Forum failed to provide answers to:

1. What does the future hold for Steve McClaren?

The United head coach’s name was never once used specifically by the club themselves during the meeting, and it was mentioned only once in the questions.

That one was not about his future though, merely about how his continued positivity in post-match interviews - including after the regular away hammerings - irks supporters.

Never once was McClaren’s position discussed in the minutes, though I am led to believe by some of the fans present that, at the very least - be it directly or indirectly - questions pushed for an answer to such a query.

There was an enquiry by a supporter as to why there is “seemingly no price for failure at NUFC”, to which he received a response about how the club wanted to operate on “a stable base” in order to “realise its aims in the medium and long term”.

Stability is a positive, and it is a virtue that has more-or-less disappeared from the modern game.

But Newcastle have just a dozen games left, and they are still in the bottom three.

Is the lack of mention of McClaren’s position telling?

Possibly, but probably not.

There was no dreaded ‘vote of confidence’, and there was no direct talk of McClaren being in charge for the foreseeable future.

It wasn’t addressed directly, but you get the impression the club remains fully behind their head coach. 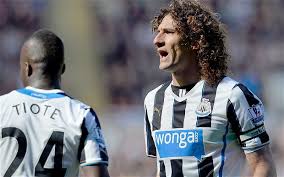 2. How much would relegation cost the club? And will players’ wages be slashed if such an eventuality occurs?

There were questions about whether or not ticket prices would be readdressed if the worst did happen this season.

But that question was batted off with an assertion that the club remains “confident” they will beat the drop, and so extensive discussions about such an issue have not yet taken place.

With untold riches coming the way of top-flight sides next season, just how much will relegation actually cost the Magpies?

Which players would depart? Do any of them have relegation clauses in their contracts? Do their wages drop if such an eventuality occurs?

More pertinently, will the non-playing staff - the kitmen, the tea ladies, the ground staff, etc. - lose their jobs?

None of that was addressed because the club is “confident” demotion is not going to occur.

Let’s hope that is only a public front, and that the true cost of relegation has already been calculated.

3. Will there be significant investment in the squad even if United go down?

The club hierarchy again confirmed that, should Newcastle beat the drop, significant investment will occur during the summer window - and they also admitted that a club-record bid had been launched for West Bromwich Albion’s Saido Berahino last month.

But what about if the alternative happens?

I know I sound like I’m doom-mongering with constant “what-ifs” about relegation, but the stark reality of Newcastle’s current plight means these are questions that simply need answering.

A “four-window transfer plan” was talked about last summer, but it can only be assumed that be abandoned if the club go down.

And, if so, what sort of money will be made available to replace them?

4. What is the actual time frame for United to achieve their goals?

At the start of the campaign, McClaren and the United board talked positively of targeting a top-eight finish, and even having a tilt at the cup competitions.

Six months on, all of that is pure fantasyland.

Newcastle were knocked out of the Capital One Cup at home to Sheffield Wednesday’s reserves, they lost to Watford in the third round of the FA Cup, and they are languishing in the Premier League’s bottom three after 26 games.

What timescale is there for McClaren to achieve those goals?

Put simply, this season has been desperate - and how much longer that will be allowed to continue before radical changes are made is anyone’s guess.

5. When will the training ground improvements actually happen?

In November 2013, Newcastle announced their intention to redevelop the club’s Benton training base.

Then, in October 2014, North Tyneside Council approved their planning application.

Work was due to be completed early in 2016 - yet, here were are in February, and we are no further forward.

Towards the end of last season, the club admitted they had shelved those plans while they battled potential relegation.

Despite Newcastle being in an even more perilous position this time out, that is not their stance now.

Instead, this elusive development is back in the pipeline, only this time with “improvements” that will make supposedly make it a “superior facility”.

Still no timescale has been applied though, instead the club will “proceed at the most appropriate time”.

Again, Newcastle refused to acknowledge if relegation would put paid to the long-sought redevelopment.

6. Will the seemingly-constant injury crises ever ease? And what causes them to happen?

Newcastle insist they collect an “immense amount of data” in order to analyse how and why their players get injured.

Despite that, United have been top of the Premier League injury table for the majority of the campaign.

McClaren promised to tackle the problem upon taking the helm, yet the issue barely appears to have eased.

Clearly the root cause of the issue has not been addressed, with the likes of Paul Dummett and Rolando Aarons repeatedly sidelined with recurring injuries.

The club themselves may have collectively “disagreed” - and that means managing director Lee Charnley and ambassador Bob Moncur, who were present at the Fans Forum - that Newcastle are in a ‘crisis’, but what does Mike Ashley think?

Indeed, the owner’s last - and basically only - public utterance was that Sky Sports interview last May.

We have no inkling about his feelings about the current situation.

Rumours have been beginning to spread in recent weeks that Ashley is starting to grow concerned by United’s lack of improvement results-wise, and he could yet intervene to push the big red panic button.

To what extent there is any truth to them, who knows - because the club certainly haven’t indicated such.