14 Reasons Why Pardew Is No Sir Bobby Robson!

No disrespect to Pardew - but the guy does love himself more than the supporters do.

We were a week away from relegation last season, having seen the Mackems tank us at St James' Park and Liverpool producing the biggest humiliation since the 1930's!

But, even though Tim Krul faced 32 shots at White Hart Lane - a Premier League record - we survived another humiliation and came good, and Pardew has told us this week that he is "a good manager".

Can we talk about him in the same breath as Sir Bobby? 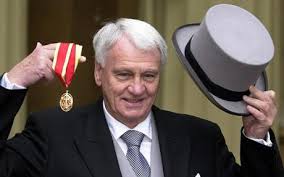 Alan Pardew: "You have to prove yourself as a manager at any club, but particularly at a big club, that you can handle the tough times.

"I did that at West Ham and got a lot of respect from West Ham fans, more for that, probably, than some of the great victories and getting to the cup final and the promotion we got.

"Maybe it will be the same here. Maybe in the future, people will look back on that year and say, 'Well, he still handled it with a bit of dignity and respect', which I tried to do.

"Bobby Robson brought that to this job and for me, that's the beacon for me to make sure I uphold those traditions.

"The players are not so immune to criticism as myself because I have been in the game a long, long time.

"They were probably more hurt than me and it's their response that should take more credit because they are the ones who actually have to perform.

"It's a difficult audience at times, but at the minute, it's easy to play. The crowd is on our side, they are right behind us and therefore, we are making life easy for ourselves.

"It's very, very difficult - you have only got to look at AVB [Tottenham manager Andre Villas-Boas] this last week.

"Up until that result at Manchester City, I didn't see anything wrong with that season too much, really, and suddenly it was a disaster, so one game can change the outlook very, very quickly.

"I don't really care about the honours too much. The most important thing is we have proven in November that we were as good as anybody, and now we have got to take that into December."