Xmas Period Will Define Which Direction We Are Heading 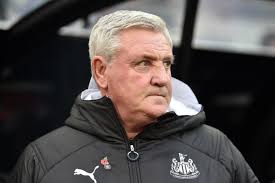 The Magpies play at Bruce's former club Aston Villa on Monday and host champions Manchester City a week on Saturday before diving into a hectic schedule in December.

"I said coming into this run of games, after the international break, this next five or six weeks is probably the defining part of the season," Bruce said.

"The games come thick and fast. I think we've got six or seven games in December, which is ridiculous, so it will define the season and where we're going to be."

Newcastle head to Villa after back-to-back Premier League wins – at West Ham and against Bournemouth – which have taken some of the sting out of the fan criticism Bruce has faced since taking on the job in July.

"The difference in a couple of weeks and a couple of wins and what it does, especially to a club like ours, is remarkable," he said.

"The players are bouncing around the place, training is as lively as it's ever been and they're all champing at the bit.

"Of course we've picked up one or two knocks but we've got one or two getting back fit so let's hope we can keep the run going."