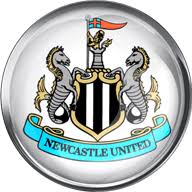 The 25 year old has recently been linked with a move to Turkish league leaders Istanbul Basaksehir.

As reported by the Chronicle Live:

“Atsu, who is currently away in Gabon on international duty with Ghana at the Africa Cup of Nations, is midway through a season-long loan on Tyneside which contains an option for Newcastle to make the deal permanent if the Magpies achieve promotion this term.

In 18 appearances for United so far, Atsu has netted three times – and Benitez is adamant the winger is “happy” at St James’ Park and that he will return to Newcastle once Ghana’s involvement in the AFCON is over.

“No chance,” Benitez replied firmly when asked if Atsu could leave this month.

“I am in contact with the three players in Africa and especially Atsu.

“I will tell you now that he is really pleased and really happy here.

“We have the player on loan with an option.

“Nothing has changed, the player is happy, we have the control and a very good relationship with Chelsea.

“So everything is fine.””