What Exactly Will Harper Be Doing? 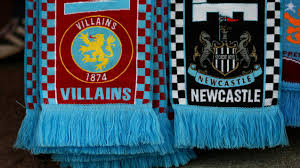 Speaking to NUFC TV, Steve Harper has given his first interview since returning to the Magpies as a first-team coach.

The former goalkeeper said: “I’m looking forward to it. The manager said to me he’d like me to come in with a role around the first team, but more than just that.

“I’ll officially be a first team coach, but with a conduit for keeping an eye on, and almost as a link to, the under-23s, who I worked with last season, and the Academy where I’ve worked in various capacities over the last three years.

“So it made sense, and I’m looking forward to getting started.”

The former goalkeeper will work alongside first team coaches Steve Agnew and Stephen Clemence and head of goalkeeping Simon Smith as a key part of Steve Bruce's backroom team.