Newcastle's Valentino Lazaro has admitted he is still getting to grips with playing at wing back following a chastening first Premier League start against Arsenal.

Two mistakes from the Austrian led directly to goals on Sunday. In the 54th minute, a hanging cross from ​Nicolas Pepe that should have been attacked by the Magpies defender was met powerfully by Pierre-Emerick ​Aubameyang for the game's opener.

Three minutes later, Bukayo Saka nutmegged the loanee and crossed for Arsenal's second before another two goals in injury time from Mesut Ozil and Alexandre Lacazette wrapped up a 4-0 win for the hosts. Speaking as quoted by the ​Shields Gazette, Lazaro admitted the right wing back role Bruce handed him is not one he is totally comfortable with.

He said: “It’s a position I’ve played over the last maybe two years. I’m adjusting to that. You can see that I’m a winger, and my strengths are in attack. I’m trying to learn more and more defensively.

“I’m trying to learn more there. With teammates like this who help me out, it’s a lot easier.” Lazaro was signed from ​Inter in January but first established himself as a right-sided midfielder at Red Bull Salzburg and Hertha Berlin.

​Newcastle's strength this season has been their defensive resiliency and Lazaro spoke on how the capitulation at the Emirates must not weigh heavy on their shoulders. 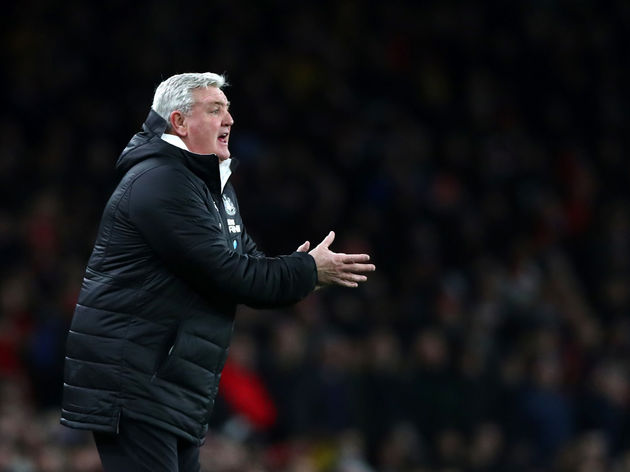 “We messed up second half. We’ve got to keep our heads up and learn from that, and hopefully bounce back next week.”

“Unfortunately, after that, the whole team fell apart. We have to work on that, to bounce back from those mentally tough situations.”