Allan Saint-Maximin remains a doubt for Newcastle's trip to Tottenham Hotspur, despite returning to the gym at the club's training ground on Monday following an injury.

The 22-year-old arrived at St. James' Park from OGC Nice earlier this month, for a reported fee of around £16m, but missed the Magpies' game against Norwich last weekend with a hamstring strain.

Bruce: "Saint-Maximin missing for Newcastle due to hamstring injury" pic.twitter.com/xVWU0twtI8

Although the Frenchman has returned to training, ​The Chronicle are reporting that the knock may also keep Saint-Maximin out of the ​Newcastle side that will face ​Spurs on Sunday.

The news will come as a blow to manager Steve Bruce who has failed to pick up a point in either of his first two games as Magpies manager.

The presence of the explosive winger would no doubt add some dynamism into the Newcastle side, although questions remain as to where Saint-Maximin fits into Bruce's favoured 3-5-2 formation. The young attacker is comfortable on both the left and right hand side of a front three, but probably lacks the discipline to be deployed as a wing-back.

The Magpies boss' selection woes do not stop there as well, with another new arrival Joelinton, is also doubtful for their trip to the Tottenham Hotspur Stadium. 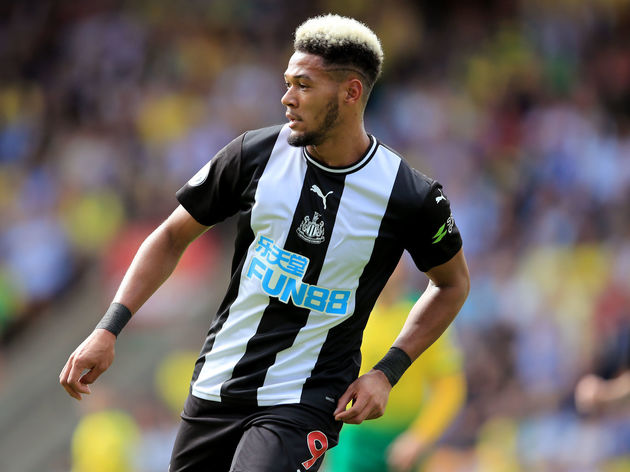 The Brazilian picked up a hip injury against ​Norwich last weekend, and Newcastle will be desperate for their new signing to prove his fitness ahead of the game.