Newcastle United's 1-0 win over Manchester United on Sunday was a momentous occasions for a number of reasons, but one of the people to whom it will mean the most is manager Steve Bruce.

After a humiliating 5-0 mauling at the hands of Leicester City, Bruce faced plenty of criticism and needed to see his team bounce back, and the Magpies certainly did that. 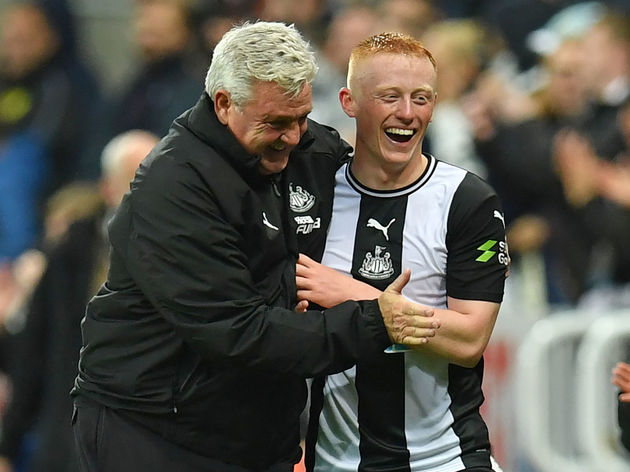 Debutant Matty Longstaff fired home the winner midway through the second half, and an impressive ​Newcastle side held on for three points which they thoroughly deserved.

As noted by ​Opta, the win was Bruce's first ever against ​United as a manager. He had tried 22 times before Sunday but managed, nabbing just just five draws amid 17 losses.

It was already a special occasion for Bruce, who took charge of his 400th game as a ​Premier League manager.

The win - just Newcastle's second of the season so far - saw the Magpies climb out of the relegation zone and up to 16th. They have endured a challenging season, often dropping points against sides close to them in the table.

Their only other victory this season came over ​Tottenham Hotspur in late August, but Newcastle have since dropped points against both ​Watford and ​Brighton and Hove Albion, which has seen them struggle to avoid falling into a relegation fight.

The defeat to ​Leicester seemed to mark a real low-point for Bruce's side. He challenged his players to step up and prove themselves against United, and he will certainly have been delighted with the result.

Next up for the Magpies is a trip to Stamford Bridge to face ​Chelsea after the international break, and Bruce will be eager to see his side use the momentum from their latest victory to inspire them to success.