The Austrian wing back, who arrived on loan from​ Inter this January, was sent off in the 95th minute of the fixture for taking down ​Wilfried Zaha who was through on goal. However, the offence, which rules him out for the Magpies’ next Premier League fixture against Burnley on Saturday, didn’t seem to bother Steve Bruce, who was apparently more concerned with his side failing to utilise Lazaro's attacking opportunities. "We ignored him so much in the final third when he was in good positions and didn't feed him enough of the ball to show the quality he's got.

“With 10 seconds to go, does the referee need to send him off? A bit of common sense maybe but there you go.”

The match presented a six-point swing between hosts Crystal Palace and Newcastle, who occupied 14th and 13th place respectively at kick-off. A strong performance from Newcastle shot-stopper Martin Dúbravka kept the Magpies in contention for the points, but once they conceded at the close of the first half there was little promise of a fightback as Newcastle’s troubles upfront persisted. 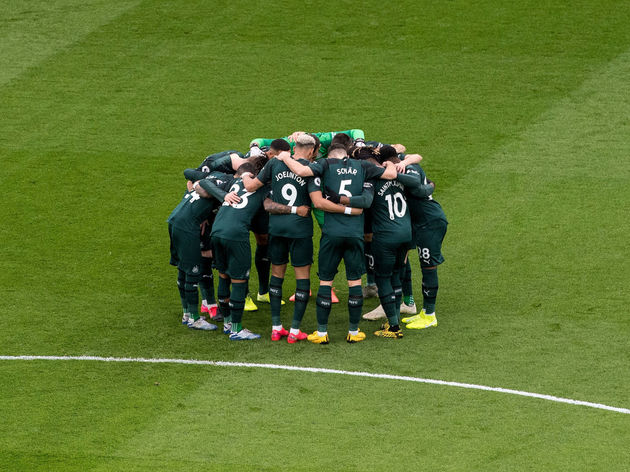 “Over the past two months, you know the problems we have had," Bruce added. "We haven't hidden away from that. We're getting a few back but strikers need a bit of service, too.

"We don't cross it enough. I thought Tino was arguably our best player today but we ignored him. We ignored him too much when the simple thing was to give it out to him to put it in the box. We didn't find him enough for the pass."

The acquisition of Lazaro constitutes part of Newcastle’s efforts to revive their attacking threat, with £40m summer signing Joelinton having netted just one league goal this season.